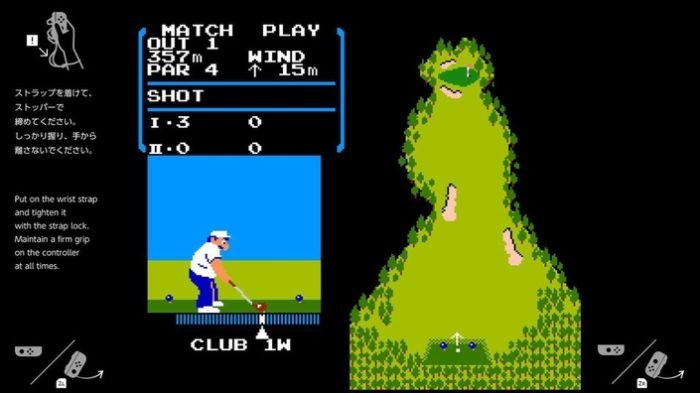 It seems that Nintendo is still not giving us any sort of news on the Virtual Console front when it comes to the Nintendo Switch. The company announced that a few classic arcade titles are coming to the console next month but it doesn’t quite fill that hole that the Switch is missing.

SwitchBrew.Org is a website that is entirely focused on modding and hacking the Nintendo Switch and digging through all of the system’s nooks and crannies. These hackers have found – deep within the operating system – an emulated version of the 1984 NES game ‘Golf’. Not only is the game on every Switch system but the title seems to support motion-control with up to two Joy-Cons. According to Mashable, even though the code for Golf has been discovered in the Switch OS, there is no way to make it playable.

Discovering this classic NES title with motion controls might be a hint as to what Nintendo is planning to do with virtual console, once the service eventually launches on the Switch. Adding local multiplayer support and motion-controls might be the feature that Nintendo adds to titles that are part of Virtual Console. We know that the subscription-based online service on the Switch will give us one free game per month – with some titles even supporting online play – so who knows that the future holds.