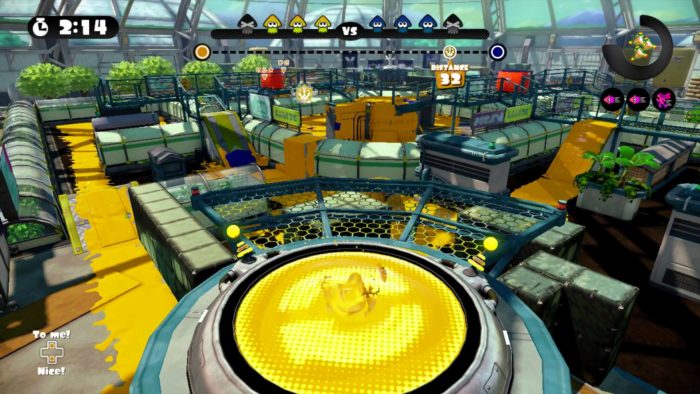 The Kelp Dome map will be making its way back to Splatoon 2 this week, so if you’ve been waiting to play it again, your chance is coming up soon!

The Kelp Dome is easily one of the best stages to have come out of the original Splatoon, and it’s going to be included in a free update. Fans have been quite vocal about their love for this map, and it should added a much-needed new dimension to the game that’s been sorely lacking with its current map lineup.

There’s also a new map by the name of Snapper Canal on the way, with a river coursing down the middle of the map. Nintendo didn’t disclose when we can expect to see this map float down the river, but it’s likely going to be in the neighborhood of “soon,” one of Nintendo’s favorite words.

The new stages aren’t the only thing in the spotlight as far as the newest Splatoon 2 upgrades go. The Tenta Brella, a brand new weapon, is coming to the game in an upcoming update. It’s much like the original weapon, the Brella, but it looks like a massive tent that flares up around you. Looks like it’s going to be pretty fun to play with, but possibly quite frustrating to deal with if you’re on the opposing team.

Look for these Splatoon 2 updates on the horizon very soon.