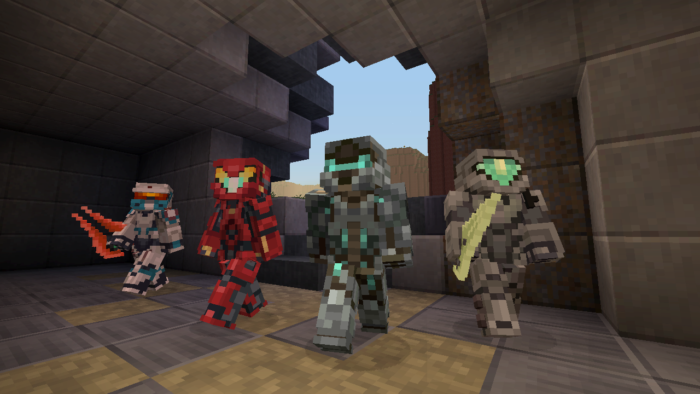 Minecraft: Switch Edition is a whimsical version of the original PC-centric game that features adorable new skins and altered items that offer a little more flair from your favorite titles. The Mario skins are cool as-is, but there’s another pack coming to the Switch version that’s a little more intergalactic.

The Halo Mashup pack for Minecraft is coming to Switch in addition to Xbox One and Windows 10, which will bring with it cross-platform support (except for PlayStation 4 owners) will be available on systems like PC, Android, iOS, Switch, Apple TV, Oculus Rift, Xbox One, and more.

It’ll come bursting with over 40 new Halo-themed character skins as well as six new Halo-themed maps as well to keep the Halo Minecraft party going. It was originally pushed live back in 2014, and continued to be updated as Halo 5: Guardians was released and subsequently received additional updates after the fact.

If you’re routinely enjoying yourself on the Switch version of Minecraft (or the other versions of course) you can indulge in the latest update soon as part of the upcoming Better Together update when it launches for Xbox One and Windows 10.