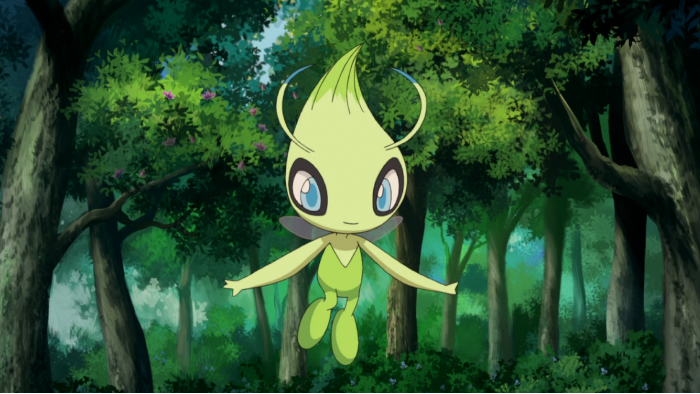 Pokemon fans from the late 90’s, get ready to dust off those old hats and bags. For everyone new to the popular Nintendo franchise, you can tag along too. Pokemon Gold and Silver will release tomorrow, Sept. 22 to the 3DS Virtual Console. And although that news is exciting enough on its own, purchasing one of the titles will allow you to catch a code for the Legendary, Celebi.

However, the code will be for those who also own either Pokemon Sun or Moon. Meaning that if you buy the re-released Gold or Silver titles, Celebi will be sent to a Pokemon Center near you in the Sun or Moon games.

Along with Celebi, there, of course, will be new features in Gold and Silver that will have fans that played the originals excited. Both versions of the game will be able to take advantage of the Pokemon Bank, an online service that allows trainers to send their Pokemon to different titles, which really helps out when you are trying to catch them all but those pesky version exclusives have you pulling your hair out. Gamers will also be able to trade and battle one another with the power of local wi-fi.

Those who own one of the 3DS systems available in the family of consoles will also get a code to download a home menu theme that is inspired by Pokemon Gold and Silver, but the codes will only be given out to those who purchase the games before Jan. 15 of 2018.

Pokemon Gold and Silver originally released in 1999 for the Gameboy Color and were the first games in the franchise to introduce the second generation of Pokemon.