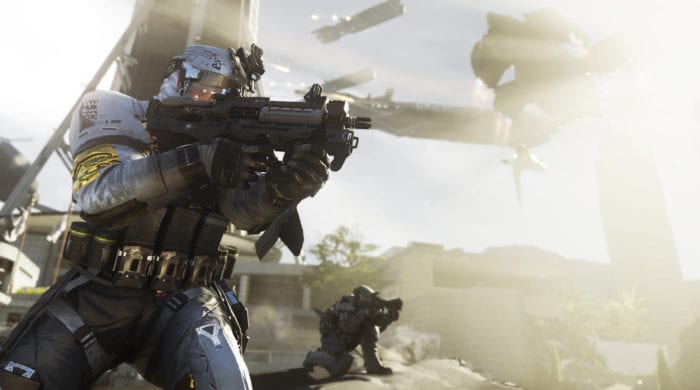 Have you ever thought about what it might be like to play Call of Duty: Infinite Warfare with a whole different set of “weapons?” You can, with a new weekend mode that starts tomorrow, September 22. Gesture Warfare is a new mode that’ll be entering the Infinite Warfare playlist, incorporating the game’s gesture system into actual gameplay.

Players can use 9 predetermined gestures that can be used in a random order: Head Crush, Bang Bang, Boom, You’re Dead, Crush, Jackal Toy, R-C8 Toy, Light It Up, and Flick. You’ll play to a score limit of 20, and each gesture will be doing massive damage. Each kill you get with a gesture will cycle you through to another gesture, much like you do with weapons in Gun Game.

You’ll have a Throwing Knife and ammo as well, so you can play how you’d like, but the mode encourages play with gestures, and each one has a different time tables for killing. You can select gestures via the D-pad or the tactical grenade button to let the gestures fly. It sounds pretty crazy, but it should be a lot of fun.

Gesture Warfare will be going live tomorrow, September 22, and will run through Monday, September 25.