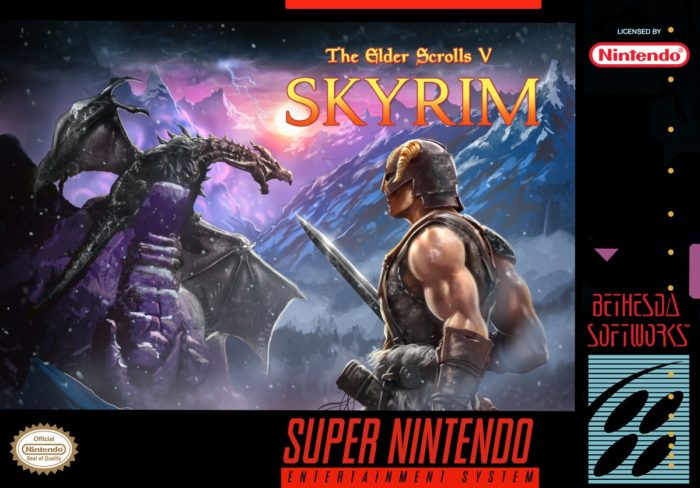 Were you one of the lucky few to pick up a SNES Classic unit from Nintendo today? Manage to snag a preorder when they went live and sold out in minutes? You’re probably pretty happy with Nintendo right now. Even if you’re not, you can’t argue the success of the tiny console.

That’s why companies like Bethesda have reached out in support of Nintendo’s launch. Bethesda created a special edition Skyrim SNES box in celebration of the SNES Classic and revving up for the release of Skyrim on the Nintendo Switch on November 17. Today the company tweeted out the following image with a special message of congratulations to Nintendo.

Congrats to Nintendo on the launch of the #SNESClassic. The Elder Scrolls finally comes to a Nintendo console on Nov. 17th! #SkyrimSwitch pic.twitter.com/Q6aWQ2izhO

The box is a great throwback to Super Nintendo titles, mixing the old with the new, just like the SNES Classic is doing. It’s also a pretty nice gesture to see the love between both companies. Skyrim releases for Nintendo Switch on November 17, 2017.