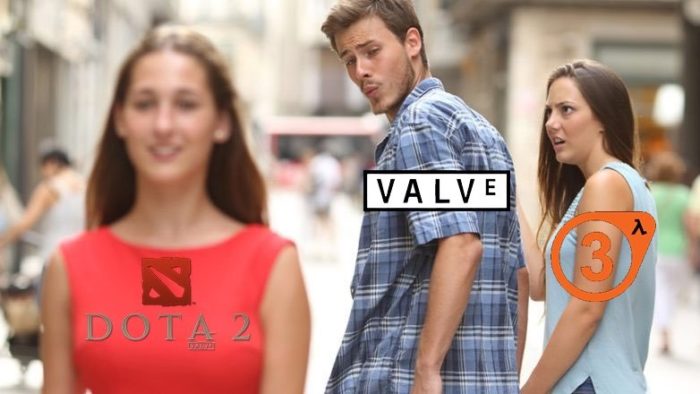 Steam users are giving popular MOBA Dota 2 poor reviews following recent news of ex-Valve writer Marc Laidlaw posting a “fanfic” blog of what could have very well been the continuation of the Half-Life series or, dare I say it, Half-Life 3.

Upon realization that the franchise hasn’t gotten a proper installment since 2007 and that a sequel at this point is pretty unlikely, passionate fans rallied to the game that, in their mind, took priority over the sequel: Dota 2. Quotes from the game’s Steam page include the following: “We want HL3”, “Rise and shine Mr. Freeman. Rise and shine”, “Tired of all those 2’s”, “RIP Valve, Dota 2 is the only thing they care about” and “Not only is this game a miserable bore, it killed Valve’s creativity and eliminated any need to finish the Half-Life series. Thanks Gabe!”

Given the influx of negative scores, some users have actually come to Dota’s defense, seeing the reaction as unwarranted and unfair to the game. Of the people coming to the MOBA’s behalf, some comments include “If you downvote this game due to Half-Life 3 not being a thing you’re sad and pathetic” and “I don’t even play this game, I just want to upset the children crying for HL3. Dude, like the negative reviews will impact this game. Grow up.” Some are just commenting “Good” to combat all the simple “HL3” negative recommendations.

Of course, memes have gone into full effect in regards to this. You can find one, for example, above. Other popular Valve games like Counter-Strike: Global Offensive have been hit too, though not as badly.

We’ve yet to hear anything official still about whether or not we should expect Half-Life 3, or if the series is simply over at this point. In the meantime, Laidlaw’s post certainly makes for a good read.