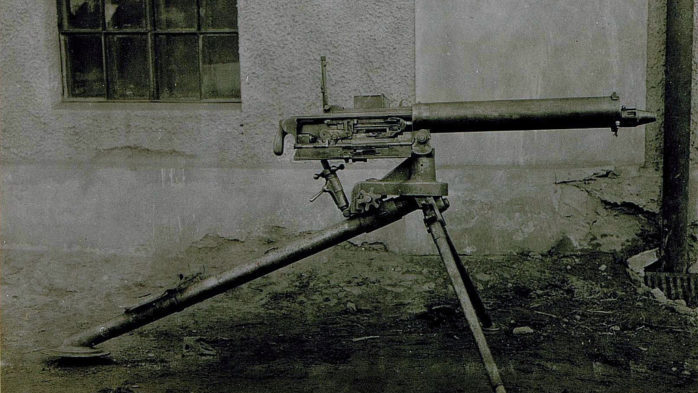 Next month Battlefield 1’s In the Name of the Tsar expansion will release. The upcoming update will add a massive amount of content centered on the Eastern front of the war. In addition to the Russian Army and six new maps, a whole host of new weapons, including the Perino 1908 light machine-gun, will be added.

YouTuber Westie has highlighted the Perino 1908, and it’s looking to be an exciting addition to the Support class firearm line-up. It comes in two variants, the Low-Weight and the Defensive. Both are equipped with tripods and have a max ammo count of 120 rounds. The Low-Weight recovers accuracy as it fires, but only has iron sights. The Defensive variant has an optical sight but is more inaccurate when standing than the Low-Weight.

A unique aspect of this gun is the way you reload it. Like the M1909 Benét-Mercié, its ammo comes in strips, which gives it the unique ability to have an interruptable ammo animation.

The Perino’s ammo hopper takes five strips to reload completely, but like a shotgun, you can interrupt the animation and fire with what you have loaded already. You can also reload before you’re empty for a much shorter animation since you only have to load as many ammo strips as it will take to fill the gun back up.

The Perino 1908 looks like it’ll be a great gun for Supports who want to get in the thick of the action as opposed to laying down suppressive fire.

You can use the Perino 1908 in Battlefield 1 soon. For premium pass holders In the Name of the Tsar will release sometime next month. If you don’t have the game yet, and are interested in getting into it now, consider picking up Battlefield 1: Revolution which contains the base game and the premium pass for only $60.