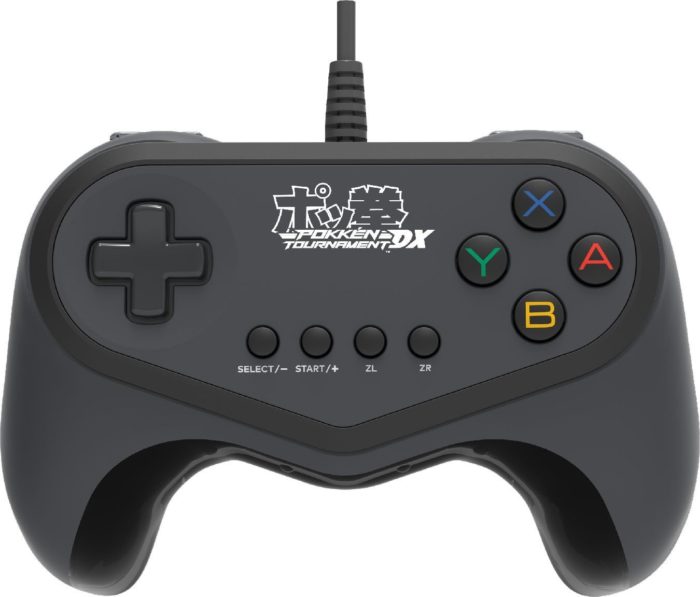 There’s a special controller coming to Nintendo Switch that you can play Pokken Tournament DX with, and you’re going to want to go ahead and pick it up if you want to be on top of your game. The Wii U Pokémon fighter is coming as a special deluxe edition to the Nintendo Switch later this September, and while you can play with a Joy-Con controller or the Switch’s excellent Pro Controller, you might decide that manufacturer Hori’s Pokken Tournament controller is what you’d prefer to play with after all.

The Pokken Tournament DX Pro Pad is officially licensed and wired, with a 9.8-foot cable to make sure you’ve got plenty of room to play with it where you choose in your home. The controller itself is reminiscent of the Pokken Tournament arcade machine, and it will set you back $25. If you purchased the one just like it for Wii U last year, you can use that one instead of buying the new one for use with Pokken Tournament, but if you try and use it with other games, it may not work for you. Additionally, neither of the controllers use rumble features.

While the controller is attractive enough, you’ve really got to weigh the costs and benefits of whether this is something you want to pay $25 for and really only use with one game. But if you’re a huge fighting game fan and have some extra pocket cash available, you can go ahead and preorder this bad boy on Amazon far ahead of the Switch version of the game’s release. You might even want to get some practice in with the old Wii U version. Or just use the Pro Controller. Seriously, that thing owns.