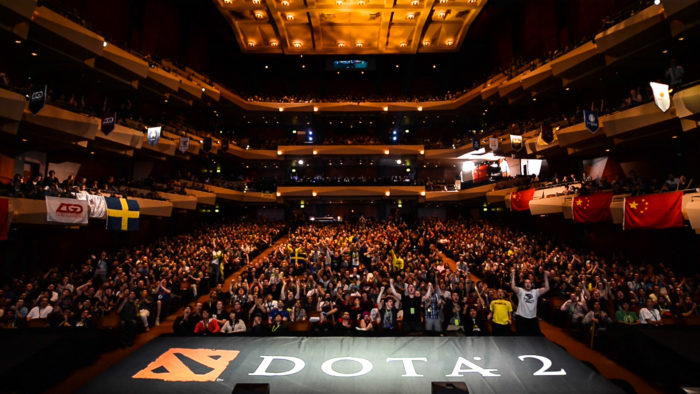 With gaming tournaments growing rapidly in size and popular pro players landing groundbreaking sponsorship deals, the surge of eSports is hardly anyone’s best kept secret. What might be a lesser known fact is that the competitive market for some games has become so massive that players are now duking it out for their lion’s share of multi-million-dollar prize pools. This coming August, Dota 2 players will be competing with the best of the best from across the globe for a piece of the largest prize pool in eSports history—a whopping $21 million. That’s what’s on the line for players headed to the International Dota 2 Championships and now you’ll be able to see exactly what the top players are doing to prepare for the monumental event.

ELEAGUE, the same brand that once shattered Twitch livestream records with its CS:GO Major, is now expanding its content umbrella once again. On August 4, ELEAGUE will kick off a four-episode series called Road To The International Dota 2 Championships. The feature-length series will start by following professional gamers and their teams ahead of the competition. The later episodes that are scheduled to air every Friday up until August 25 will “explore teams’ experiences, triumphs and failures during the tournament itself,” an official press release explains.

The International Dota 2 Championships are sure to garner quite a bit of attention with its massive prize pool that’s actually still growing. There are still a few weeks left for the tournament’s crowdfunding efforts but its safe to say that the campaign has already been a major success. Before viewers dive right into the player drama and get a closer look at their preparations, however, ELEAGUE will give newcomers an introduction to the popular MOBA on July 28 with a special presentation of Valve’s “Free To Play” documentary. TBS will air the 2014 documentary with bonus commentary from renowned Dota 2 shoutcaster Toby “TobiWan” Dawson, who also appears in the film, and ELEAGUE host Richard Lewis.

The International Dota 2 Championship will run from August 7 to August 12.