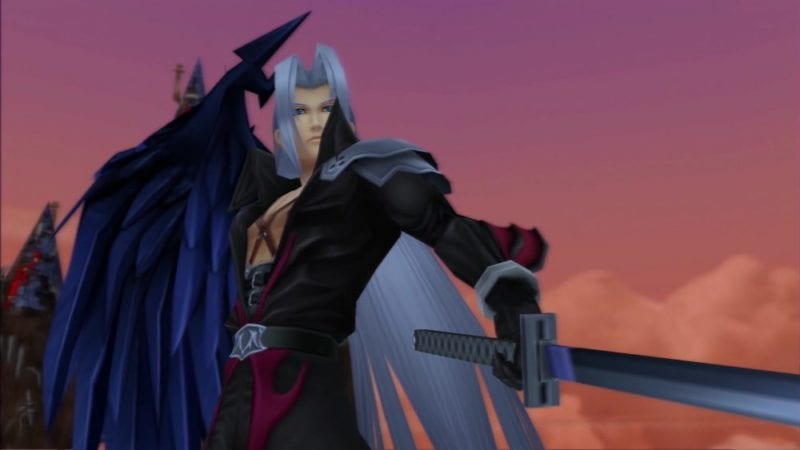 Going toe-to-toe with Sephiroth is one of the most stressful moments of a gamer’s life. This silver-haired, one-winged boss holds a spot in gaming history as one of the most challenging yet somehow enjoyable boss battles of all time. Beating him might as well be considered a right of passage to be considered a true and skilled gamer. Unfortunately, there is a chance that he might not appear as a secret boss in Kingdom Hearts III. In fact, we might not be seeing any secret boss battles at all but it’s still far too early to know for sure. Turns out the development team behind Kingdom Hearts III just can’t make up their minds about including Sephiroth in the upcoming game.

Durring an interview with Mirror, the series’ director Tetsuya Nomura revealed that secret boss battles is a topic that the team just can’t seem to agree on. When asked if there would be any secret boss battles or if Sephiroth would return, Nomura replied that he simply wasn’t sure.

It’s a fair question considering just how much trouble Sephiroth causes but something about the experience is still far too entertaining to dissuade Kingdom Hearts fans from asking for more. Even Nomura admitted that he doesn’t believe he can defeat Sephiroth before he elaborated more on the original question.

“In terms of the secret boss, we can’t say anything at this time, but in terms of Sephiroth specifically, my development team are worried that we’ve had him come back so many times so they’re maybe worried it might be redundant at this point,” he explained. “We’re still deliberating on it.”

Another matter that Nomura hasn’t decided on just yet is whether or not Kingdom Hearts III will be actually be playable at any event prior to its release. “Perhaps when we’re finally able to reveal the month and date of the release,” he said.

Kingdom Hearts III is currently slated to release next year.