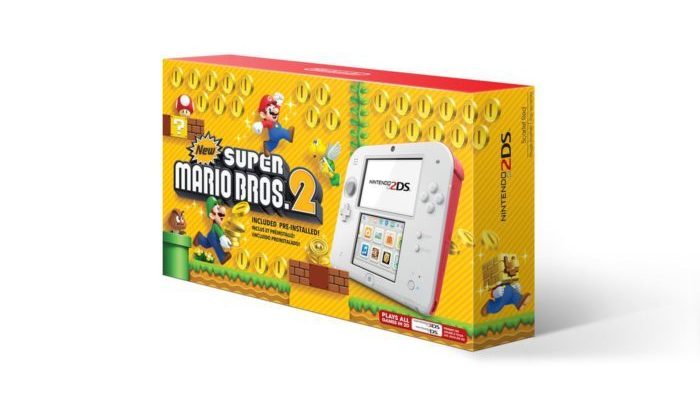 Even though the Nintendo 2DS XL just released, it’s little brother isn’t being left behind. A white and red Nintendo 2DS system bundled with New Super Mario Bros 2 pre-installed will be available in August in North America.

When the New Nintendo 3DS came out, Nintendo quietly discontinued the original 3DS line, and it was assumed they’d do the same with the 2DS. However, it seems that the company is making the tablet-form factor handheld a part of its current product line-up strategy, at least for the short-term.

One reason the Nintendo 2DS may remain appealing is its low price. This new bundle will retail for $79.99, which is the perfect range if you want to introduce a child to the world of video games.

The 3DS library has some of the best games currently available and lowering the price of entry to under $80 means this deal might be one of these best for your buck if you’re looking to expand your collection of systems.

The new white and red Nintendo 2DS with New Super Mario Bros. 2 will be up for sale starting on August 25, 2017.