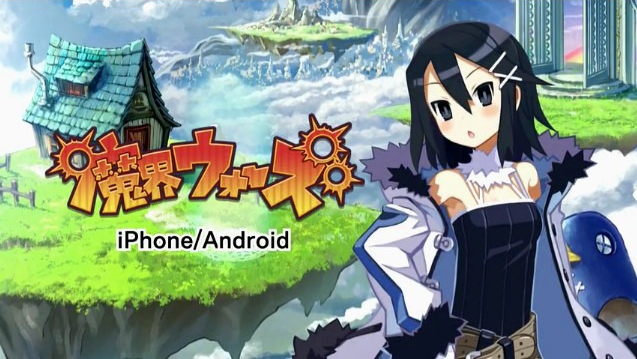 Nippon Ichi heroine Asagi is finally getting her own game as Makai Wars was officially re-announced for iOS and Android. According to Gematsu, this simulation RPG will star Asagi Asagiri who has been a recurring character in various games like Disgaea, Phantom Brave, The Guided Fate Paradox, Zettai Hero Project, and Soul Nomad and the World Eaters.

Because of this, Asagi has become something of an unofficial mascot for Nippon Ichi due to her many cameo appearances.  Fittingly enough, her upcoming title is supposedly a mix between the Disgaea and Yuru Dorashiru games, and will also feature some new character designs.

Makai Wars wars originally announced as a PSP game back in 2004 before it was re-announced at Tokyo Game Show 2005 as a PS3 title. Since then, Nippon Ichi Software has barely mentioned the game with many believing that it was ultimately canceled.

Despite the initial announcement, they have yet to reveal the release date for the game. Check out the promotional image below: