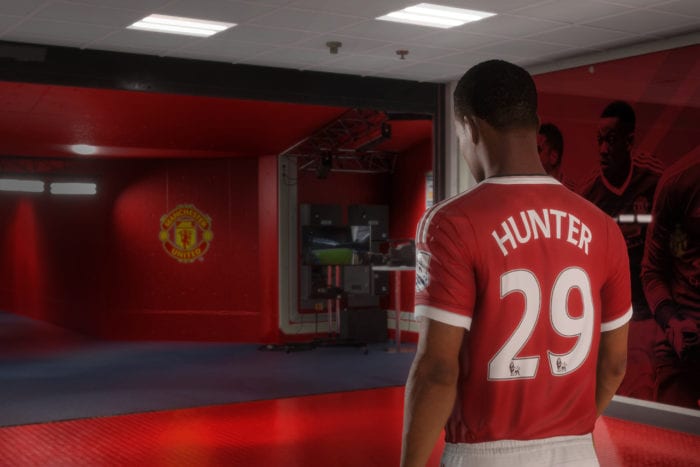 There are certain events in the games industry that are entirely inevitable. For example, the on-stage awkwardness at this year’s EA Play was about as predictable as Assassin’s Creed Origins’ pre-E3 leak. And when we glance at NPD’s monthly top 10, GTAV will be somewhere in the mix. But the most surefire of all, each and every year without exception, you just know FIFA is going to sell in astronomical numbers.

You really can’t overstate the enormity of the FIFA franchise and its value to EA. Since eclipsing Konami’s Pro Evolution Soccer as the premier soccer video game a decade or so ago, FIFA has been enjoying unprecedented success, monopolizing its corner of the market in ever more dominant fashion. Last year, FIFA 17 finished as the best selling console game of the entire year and helped contribute to EA’s best financial quarter ever, topping over $1 billion in revenue.

That commercial boon coincided with EA’s launch of “The Journey”: a single-player story-driven campaign experience that the publisher plans to extend to all its major sports franchise (starting with Madden). Importantly, it represented the first major additional gameplay feature for FIFA in some time, and was well received by the game’s massive player base. But as with everything in business, corporate decisions are fueled by corporate intentions, and there’s shrewd strategy behind “The Journey” that could see EA’s profit from its sports franchise reach even more dizzying heights.

For years, EA hasn’t had to work very hard to make its money. In an industry increasingly dominated by the “games as a service” concept, EA’s sports franchises are a curious anomaly to which normal rules don’t apply. Like clockwork, each year FIFA launches in time for new soccer season, and the same pool of customers fork out $60 for the what is virtually the same package every time (myself included, by the way). Yes, there are incremental upgrades: new crowd chants, player celebrations, minor tweaks to passing and tackling. But essentially FIFA has been the same game since its debut on current generation hardware back in 2013.

Unlike other annualized franchises such as Call of Duty, there’s been little pressure on EA to innovate beyond making each game an iteration of the previous. Or, I should say, there’s been an apparent lack of financial incentive to do so.

So why the sudden inspiration to change strategy? Is EA finally responding to murmuring complaints of rehashing its same tired formula? In part, perhaps, but far more critically, it has found a way to help combat an obstacle that has stood in the way of the company making even more astronomical returns.

There’s a certain time each year that sees a strange phenomenon in video game stores around the country. You might have seen it yourself, a juxtaposition of brand new FIFA copies lining one side of the aisle, a graveyard of the previous year’s on the other. Sports games are unique in that once the latest and greatest is out in the wild, what has come before is immediately irrelevant and worthless. The problem, then, was what to do with all those old copies — perfectly good one week, obsolete the next. Enter “The Journey.”

The story of “The Journey” follows Alex Hunter, a prodigious young footballing talent who is finding his feet as a professional. The narrative incorporates all the rollercoaster emotional notes of a Hollywood sports movie, but while there’s no question the performance are both well-acted and animated, the narrative is also painfully predictable. It shepherds players to a conclusion, quite deliberately teeing up a sequel in the process. Yes, that’s right, FIFA 18 will continue Hunter’s story. This is hugely significant, because for the first time ever, all of those previously obsolete copies of what will soon be last year’s game suddenly have value.

Purchasing FIFA 17 is now the only way to find out Hunter’s origin story. It’s genius, and you can expect EA to roll this strategy out to all of its sports franchises. Moving forward, any title that features “The Journey” is part of a sprawling story that brings replay value to a genre of video game that previously had none. But is there enough interest in Hunter to really support that argument? Well, there just might be, thanks to the addition of cameo appearances from soccer’s biggest superstars. Superstars like Cristiano Ronaldo, who is the poster boy for the upcoming FIFA 18.

Consider the possibilities: as Hunter’s continued story takes him internationally, there’s yet more opportunity to feature stars from around the globe. If in three or four years’ time you’d like to experience a story with Ronaldo, FIFA 18 offers a narrative arc for just that purpose. Perhaps the following year will be for Messi fans; the year after a story incorporating Neymar. “The Journey” adds the evergreen element to FIFA that it was missing.

Ultimately, innovation in a genre of games that has been treading water for too long is something to celebrate. Now is a time to enjoy, and keep our fingers crossed that EA’s corporate incentives don’t undermine the potential of “The Journey.” The last thing we want is Alex Hunter’s story to become another painfully predictable part of the games industry.