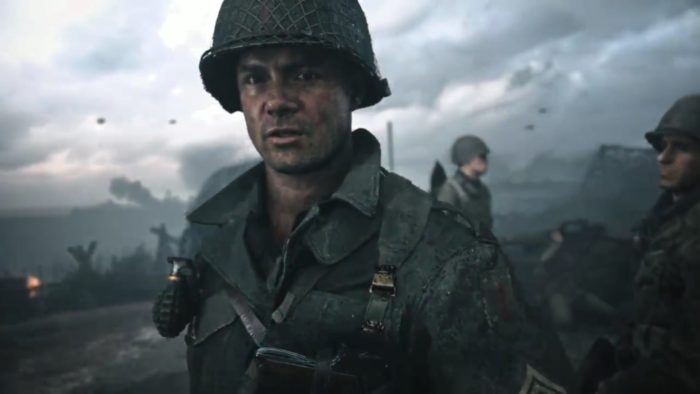 Call of Duty: WWII was recently announced and a lot of fans are excited to ditch the jetpacks in favor of a more boots on the ground Call of Duty experience. The game may still be quite a while away but that hasn’t stopped publisher Activision from starting the advertising campaign.

A massive Call of Duty: WWII billboard has been spotted in Santa Monica, California, near Activision’s HQ and the image has since been Tweeted by Call of Duty developer Sledgehammer Games.

As you can see, the game is set to be released on November 3 for the PlayStation 4, Xbox One, and PC. So far we’ve only seen an announcement trailer for the game but no doubt we’ll get to see a lot more of the game in action at this year’s E3.