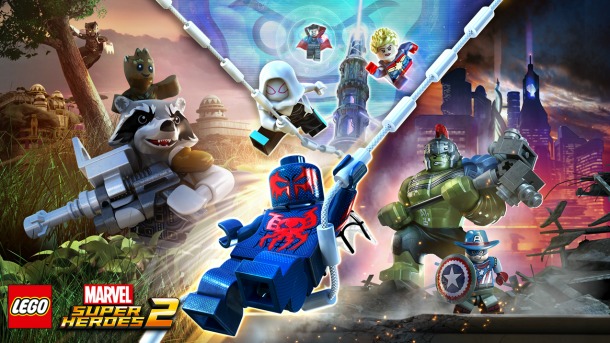 Last week, Traveler’s Trales and WB Games announced that Lego Marvel Super Heroes 2 was in development, and now they’ve gone and released a trailer. And it’s…honestly, it’s just really cute and adorable, which is what you want out of a game based on popular superheroes and little toys.

Lego Marvel Super Heroes 2 will see our heroes traveling through time to deal with the evil Kang the Conqueror. From the open world hub of the Chronopolis, the heroes will save the world and all of reality before taking the fight to Kang himself, meeting alternate versions of themselves and wrecking history along the way. Just going off the trailer, the obvious choices are there–the MCU Avengers, Guardians of the Galaxy, Black Panther, Ms. Marvel–along with Spider-Gwen, and both the 2099 and Noir versions of Spider-Man. More are expected to be announced, because that’s part of the point of these games.