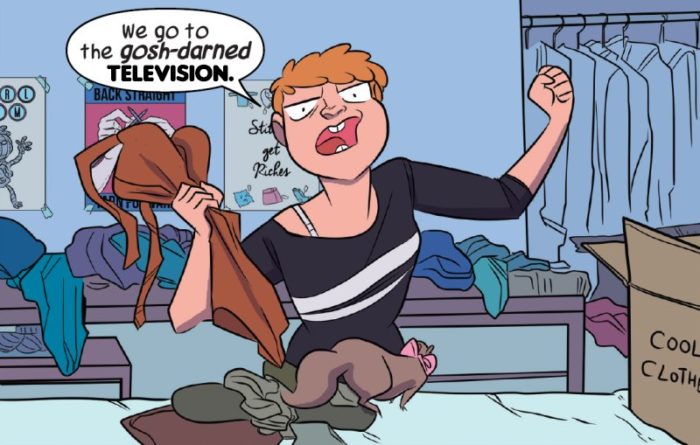 So you remember how Marvel said that they were making a New Warriors TV show with everyone’s favorite Squirrel Girl as the lead? Do you remember how they kept pretty quiet about it since then? Well rejoice, because the Hollywood Reporter has revealed that the show has now been ordered straight-to-series over at Freeform. (The Channel Formerly Known as ABC Family.) Kevin Biegel, who some avid TV watchers may remember as being part of Scrubs and Cougar Town, will write the pilot and serve as series showrunner for the half hour comedy.

The New Warriors are six young heroes with superpowers all living together under one roof. In the comics, the lineup has changed fairly frequently, but they’re best known for being the catalyst behind the Civil War comic, which was adapted into a Captain America movie last year. The show will explore the “journey into adulthood,” but they’re not quite on the level of superheroics as the Avengers. Doreen Green, aka Squirrel Girl, will lead the titular heroes, having been given the powers of…well, squirrels. She’s acrobatic, can communicate with them–no seriously, and once she did it with French squirrels–and optimistic as hell. Casting for her and the other members of the team have yet to be revealed.

New Warriors will be the second comedy that Marvel’s done, right after Iron Fist. It’s expected to air sometime in 2018, along with the Cloak and Dagger series.