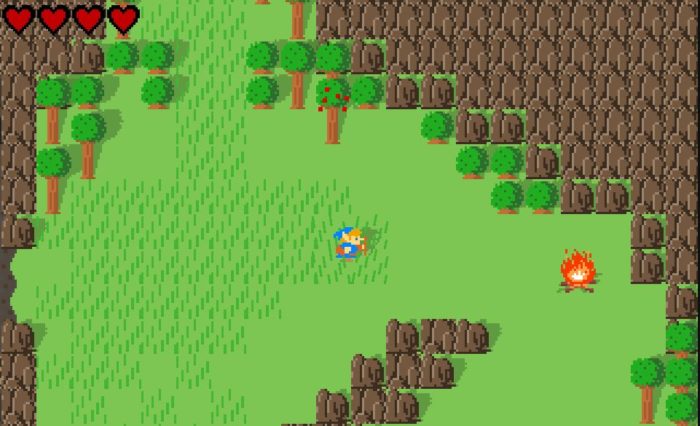 The Legend of Zelda: Breath of the Wild may just be the biggest, most complex video game Nintendo has ever made, but it all started with a simple prototype based on the original 1986 Legend of Zelda game for the NES. Nobody outside Nintendo has played that version of the company’s masterpiece of game design, so one fan has decided to do something about that.

Developer Winter Drake has begun developing his own playable version of the prototype Nintendo showed a glimpse of at GDC in March. Winter Drake’s “Breath of the NES” isn’t strictly following Nintendo’s creation, though. “Breath of the NES offers a new adventure in the classic Zelda style, but with smooth animations and a more interactive world,” reads the developer’s description of the project.

“This project is still in its early stages… I’ll be adding more areas with distinct elements and atmospheres, puzzle elements for dungeons, and lots of ways to creatively kill enemies,” Winter Drake told Kotaku.

Although the game is based off Breath of the Wild’s prototype, itself based off the original Legend of Zelda, Winter Drake isn’t restricting himself to precisely mimicking Nintendo’s designs. “I have a lot of plans for original features in the game, and although I’d like to capture the spirit of [Breath of the Wild] and NES Zelda, I’m not restricting myself to be perfectly faithful,” he explained.

Be it exact replica or simply something inspired by a Nintendo IP, however, the company has made a habit of shutting down fan projects like this one. Winter Drake admits that’s a concern, but he plans to continue working on Breath of the NES with original characters if Nintendo issues a cease and desist order.