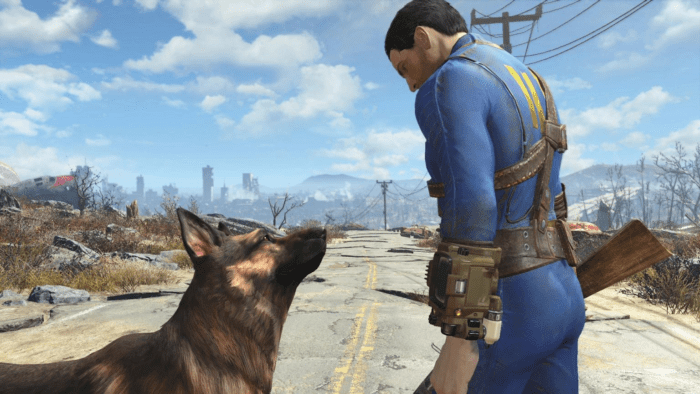 Fallout is one of the most popular gaming franchises around, and rightly so. The open world RPGs allow players explore a wasteland desolated by nuclear war. Players must stock up on ammo and meds before they go exploring, unless they want to be gunned down by bandits or eaten by the mutated wildlife.

The latest Fallout game was 2015’s Fallout 4 which received critical acclaim upon release. If you’re a die hard Fallout fan eager for more adventures in the wastelands then you’ll want to check out a newly announced Fallout-themed tabletop game currently in the works.

Fallout: Wasteland Warfare is currently being worked upon by England-based tabletop game-maker Modiphius Entertainment, and is set to be available this November.

The game will include factions, allies, and characters that will be familiar to fans of the series and the game will also include resin figures of things like the Nuka Cola vending machine, Super Mutants, and our faithful companion Dogmeat.

The game description reads: “Fallout: Wasteland Warfare will include an entire narrative campaign arc as well as unique random missions with narrative-style objectives, and Crew Caps recovered in missions can be used to improve the crew’s perks, weapons, gear, and upgrades for the next encounter. In either Player vs. Player, or Tournament mode, players will try to survive the tabletop wasteland.”

The game can be played either with friends or by oneself. Pricing has not yet been announced but pre-orders will go live this Summer. Head on over to the website for more information.