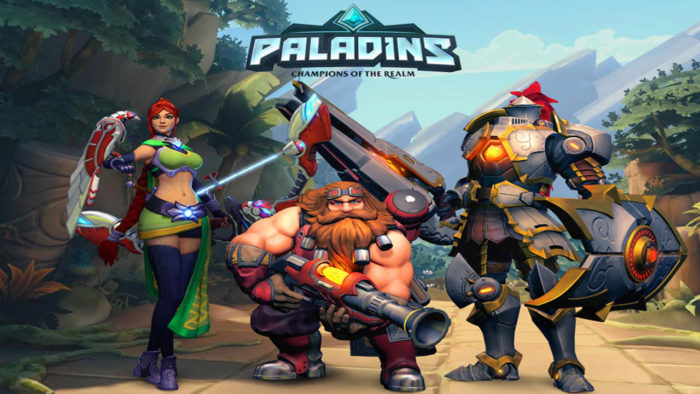 Even if you have never played Paladins in your life, you have likely already heard quite a bit about the game. Unfortunately, it’s not necessarily for the best reason. When gamers first began to experience the free-to-play team shooter back in September of 2016, there were some immediate comparisons to Blizzard’s now wildly successful title Overwatch. It’s been quite a while since Hi-Rez’s team spoke up about the so-called “Overwatch clone” controversy but developers recently reflected on the matter during an interview with GameSpot.

The Hi-Rez team has remained relatively tight lipped about the situation outside of COO Todd Harris posting a detailed timeline of the game’s development and releasing a statement to IGN back in September. Now, however, the silence has been broken again but the team has kept a positive outlook on the entire situation.

Harris admitted that the comparison was pretty frustrating at first but he told GameSpot that there was an upside to it as well. “You’d rather people be talking about you than not talking about you, right?” Harris explained. “So the cold marketing calculations says that if headlines are being written and people are talking about you, that’s better than throwing your rock into the pond and not making a wave.”

It seems like the Hi-Rez team has done nearly everything they could possibly do to convince players that their game was not created in the shadows of Overwatch’s success but once the Internet has its mind made up, it’s a hard opinion to sway—especially with such specific similarities existing in both of the games.

Harris just hopes to convince people that it’s not far fetched for two games like Overwatch and Paladins to coincidentally share a lot of features and character designs. Why? According to Harris, it’s just the nature of that type of game. He even tried to use a pizza analogy to clear the air.

“I’ve been making pizzas for 10 years. All pizzas have similar ingredients; they have cheese, they have crust, they have pepperoni,” Harris explained. “There can be a lot of thriving pizza shops out there–people have differing tastes in pizza. Then one day, Mega Pizza Store opens up, and everyone is like PIZZA HAS ARRIVED.”

Harris’s response wasn’t too surprising as it carried the same tone he has always maintained when speaking about the incident. Surprisingly enough, however, even Paladins lead designer Rory Newbrough seemed to have a positive outlook on the entire thing. Newbrough told GameSpot that he wasn’t surprised about the comparisons. After all, the entire Hi-Rez team saw the similarities in Overwatch when it released just like the rest of the world did but they wanted to remain true to the product they had already been working on. In other words, the team wasn’t going to completely alter their own game simply because of Overwatch’s release.

Unfortunately, however, there were some people on the team who felt particularly hurt by the incident despite how it may have helped the game from a marketing perspective. Paladins art director Thomas Holt told GameSpot that the controversy was “crushing” and caused some members on the team to second-guess themselves and dismiss their own ideas. “So, even if on paper it was good, or for the marketing it was good, that doesn’t mean it wasn’t painful,” Holt explained.

The good news is that now the controversy has started to die down and gamers are finally starting to look at Paladins from a new perspective. Several articles have been published that even argue why Paladins is far from being an Overwatch clone and the game has remained incredibly popular on Steam.