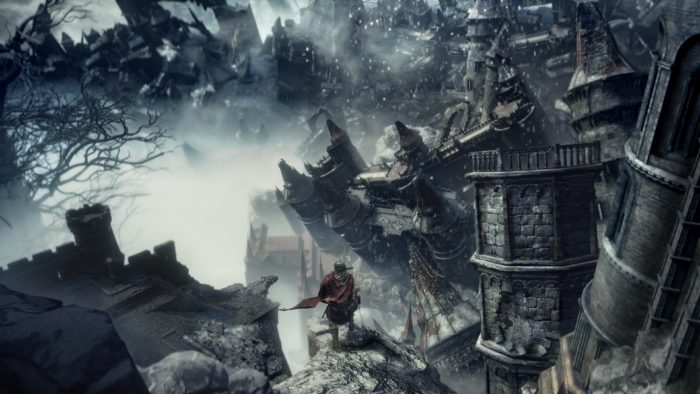 There are only a few days left until Dark Souls III’s newest DLC The Ringed City drops and sends players tumbling back into its twisted world. The last trailer for this second expansion has released and focuses more on both the story and the massive monsters that players will need to put down. While it’s pretty clear we are going to Londor, one interesting moment to note is in the beginning as that scene is actually from the last expansion Ashes to Ariandel. This could easily mean that From Software are trying to tie both expansions together into one cohesive package, making it critical that players finish this content.

When it comes to the actual gameplay, there is a wealth of new footage shown including a comically over sized shield that splits into a dual handed weapon, lightning arrows, and a lot of baddies. The giant flaming bat is nothing new, but it seems that players will need to contest with a massive dragon that appears to be magic based. There are also giant bugs (because of course there is) and a massive soldier that is sporting the now infamous flaming ring on his chest.

We also a brief glimpse a possible one on one fight with a humanoid opponent that can cast lighting magic on the player. Despite many mysteries still surrounding this expansion, it’s obvious that Dark Souls III is attempting to go out with a bang. Now all we have to do is prepare to die once more as we journey down this tormented rabbit hole.