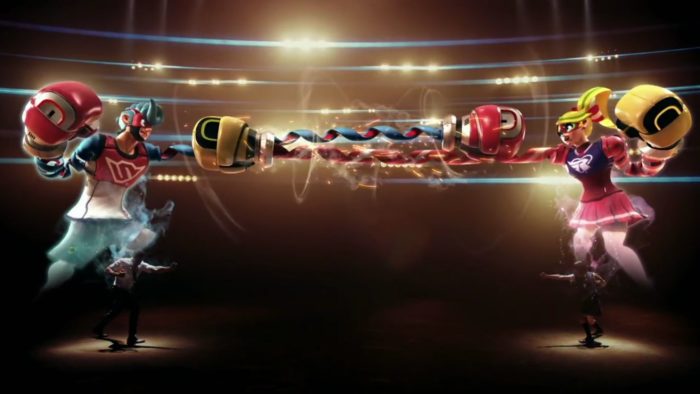 Nintendo announced two brand new games at their Switch unveiling presentation, a party game called 1 2 Switch and a fighting sports game called Arms. Nintendo describes Arms as an intense head-to-head experience, requiring skill and strategy to beat your opponent. It’s a colorful title with a cartoony aesthetic, and two boxers facing off against each other. The catch here is that each character has crazy extendable boxing glove arms. You can watch the announcement trailer down below.

To play arms, you hold the two Joycon controllers from the Switch in each hand like boxing gloves, and use motion as well as the buttons to execute attacks.

What do you think of Arms? Is it a title you’re looking forward to on Switch, or are other things grabbing your attention? Let us know down in the comments below.