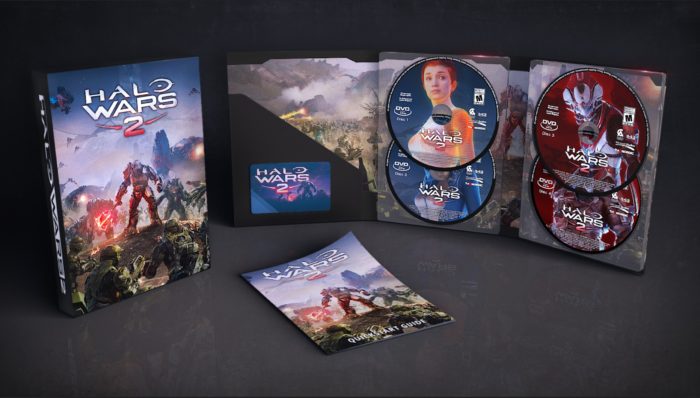 THQ Nordic is partnering up with 343 Industries and Microsoft Studios for a physical release of Halo Wars 2 on PC.

Purchase of the PC physical release will grant access digitally to the Xbox One version via Xbox Play Anywhere, although a physical copy of Halo Wars 2 will be available for the Xbox One separately as well.

Both the Standard and Ultimate Edition will be available for purchase from retailers. The Ultimate Edition seen above also includes a season pass, a remaster of Halo Wars: Definitive Edition playable on PC and Xbox One, and four-day early access to the game itself.

The season pass comes with new leaders, units, blitz cards, and campaign missions to be released over a span of over six months. The Definitive Edition of the original Halo Wars can have up to 4K resolution on PC, and features all the original DLC along with new achievements and “bonus content”.