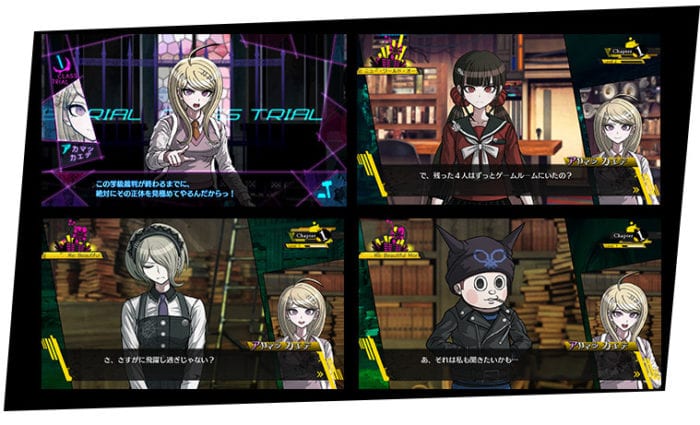 Sony Japan has just released a new TV commercial for New Danganronpa V3, which is set to be released in Japan later this month. The commercial gives us a brief look at the game’s unique art style, a class trial, and of course, Monukuma. You can check out the new commercial down below.

As past promotional trailers and materials have shown, there isn’t just one Monokuma this time around. It looks like everyone’s favorite evil bear has a few cubs and lackeys to help him out, though it’s worth noting that Monomi is nowhere to be seen. The game will feature an all new cast and setting as well. Spike Chunsoft has also previously announced that the game will be getting a downloadable patch on the Vita to improve the sound quality on the handheld device.

New Danganronpa V3 has been announced for an English release on the PS4 and PS Vita, but no set release date has been confirmed just yet. We’ll keep you updated as more info comes our way.