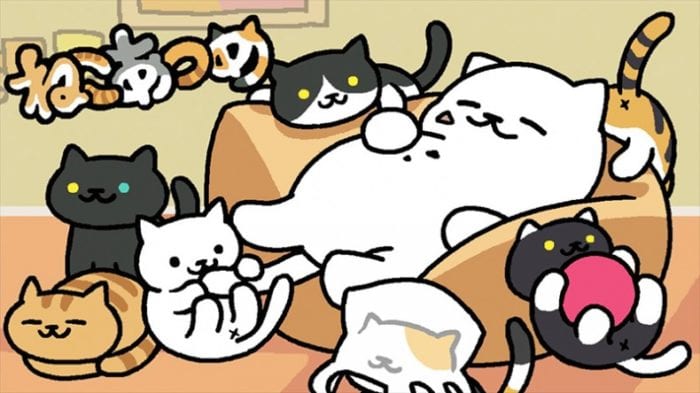 Neko Atsume is the cat-collecting mobile game that took the world by storm a couple years back. It’s an incredibly simple title that has you putting out food and items for cats, taking care of them, and generally just enjoying their adorable presence. Last November, it was announced that the title would be getting a live-action film adaption, and now the trailer for it has been released. You can take a look at it down below.

The trailer is entirely in Japanese, but we get a look at quite a few of the cuddly cats, and the backyard environment created for them by the movie’s main character. Here’s an official synopsis of the film,

Meet Katsu Sakumoto (portrayed by Atsushi Ito), a best-selling author who won the newcomer’s award at a young age. Lately, Katsu has had a severe case of writer’s block, and hasn’t been able to write anything at all. In order to get a fresh new start, he moves away to quiet lands, but it doesn’t quite help out his case.

One day, while at a loss and looking at the garden from his porch, a single cat appears. Katsu makes an attempt to speak to the cat, but it simply just walks away. The thought that even cats would desert Katsu made things more depressing for the writer. However, that night, he decided to leave some cat food at the corner of the garden before going to bed. The food was gone the following morning. This brings a sudden interest in Katsu—and how the story of the young author’s “Neko Atsume” begins.’

Neko Atsume releases on April 8 in Japan. There’s no word yet on if the title will be coming to the west, but hopefully at least a subtitled version will pop up somewhere.

Would you watch the Neko Atsume movie? Let us know down in the comments below.