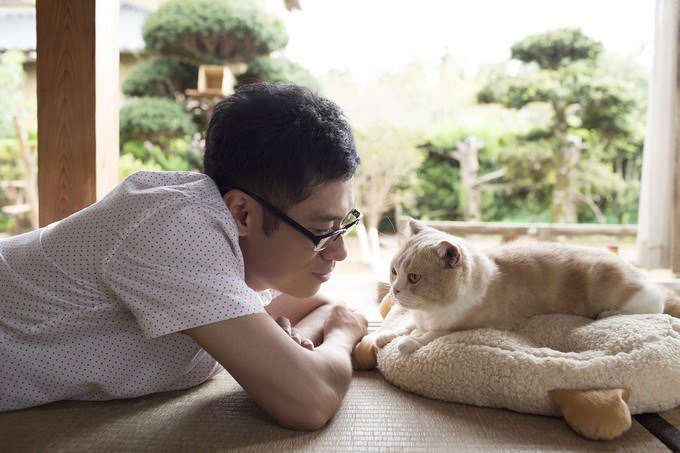 We’ve all played Neko Atsume at least once in our lives. There’s something about the mobile app that just feels oddly therapeutic. The premise is simple; you decorate your little house with furniture and items that cats might like, you close the app. Open it an hour later, and you might see some kitties hanging around your patio. You can snap a quick photo of them for your album, but that’s it. The cats will leave when they’ve had their fun, and you’ll wait for the next one to come by.

Making waves in Asia and the west alike, it’s little surprise that Neko Atsume would get the movie treatment. Well okay, it’s a little surprising. But I’m not complaining. Here’s the official movie synopsis, via Siliconera:

‘Meet Katsu Sakumoto (portrayed by Atsushi Ito), a best-selling author who won the newcomer’s award at a young age. Lately, Katsu has had a severe case of writer’s block, and hasn’t been able to write anything at all. In order to get a fresh new start, he moves away to quiet lands, but it doesn’t quite help out his case.

One day, while at a loss and looking at the garden from his porch, a single cat appears. Katsu makes an attempt to speak to the cat, but it simply just walks away. The thought that even cats would desert Katsu made things more depressing for the writer. However, that night, he decided to leave some cat food at the corner of the garden before going to bed. The food was gone the following morning. This brings a sudden interest in Katsu—and how the story of the young author’s “Neko Atsume” begins.’