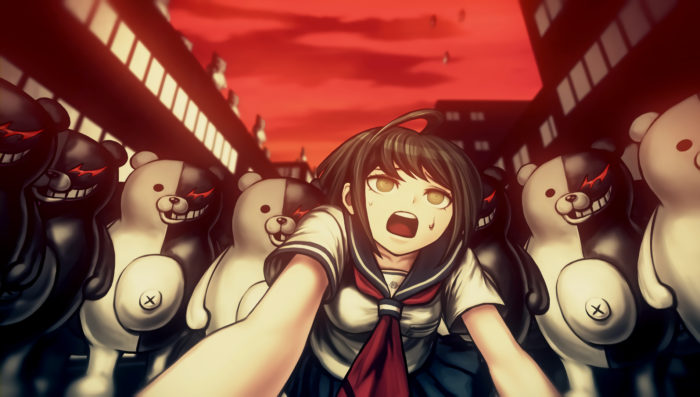 Danganronpa Another Episode: Ultra Despair Girls was announced for the PS4 a while back, and now we finally have a set release date for the game. The series spin-off will be coming to PS4 on June 27 in North America. Ultra Despair Girls follows the story of Komaru Naegi, the sister of Makoto Naegi, as she attempts to fight off despair in Towa City.

‘But what is the source of the despair? Komaru discovers that the Warriors of Hope — elementary school children who seek to create a utopia by murdering all adults with Monokuma robots — are behind the chaos. By using her Hacking Gun to confront the Monokuma robots, Komaru just may stand a fighting chance against the onslaught of murderous bears!’

Fan-favorite character Toko Fukawa, or Genocide Jill as she’s more commonly referred to, also makes an appearance in the game.

Danganronpa Another Episode is already available on the PS Vita, but PS4 users will get to experience it on June 27. Will you be picking this one up on launch day? Let us know in the comments down below.