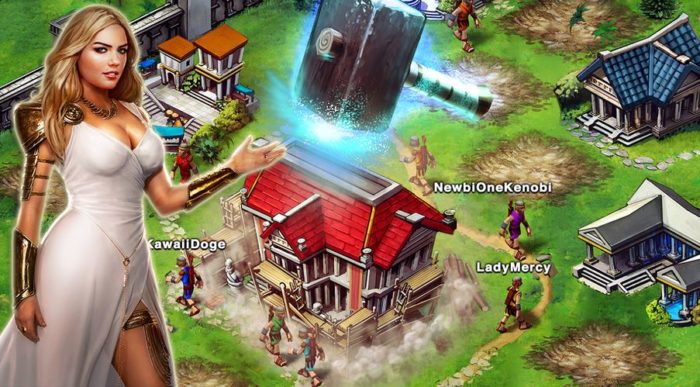 Game of War is the successful mobile game which is free-to-play, but encourages players to use real money to bypass time restrictions and make quicker progress. The game was highly advertised with trailers featuring the model Kate Upton, which were played in cinemas, on the TV, and even the 2015 Super Bowl.

As Crave reports, 45-year-old Kevin Lee Co has admitted to embezzling money from his former employer, construction equipment company Holt of California, and stealing a whopping 4.8 million. Among over things, he used the money to get plastic surgery, and bought season tickets to watch the San Francisco 49ers. What’s really surprising is that he also sunk over $1 million dollars into Game of War. He must have really got into it.

Lee Co has pleaded guilty to the Sacramento federal court for wire fraud and laundering. He is set to be sentenced at a later date. Despite its popularity, Game of War has been heavily criticized for encouraging players to spend real money by putting restrictions on gameplay. This is not the first time the game has seen serious controversy. As we reported back in 2015, a developer on the game was arrested for selling trade secrets.

If you’re thinking of trying Game of War, then we highly recommend you take it easy with the microtransactions.