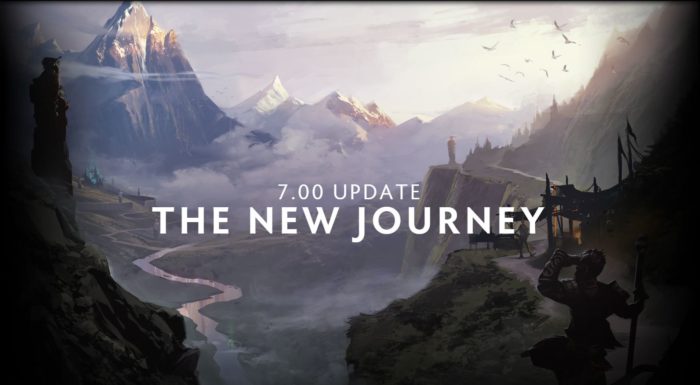 Valve’s Dota 2 will update to its 7.00 version on Monday morning, Dec. 12 and brings a new hero, a new HUD, gameplay changes, and more.

The 7.00 version is nicknamed “The New Journey” and features Monkey King, a new hero that was not created for the original mod. The melee character was announced at the Dota 2 International in August, but the community was surprised that a new version of the game would come with it.

Alongside a new, cleaner HUD, every hero now has a talent tree that grants special bonuses when reaching levels 10, 15, 20, and 25. Similar to Blizzard’s Heroes of the Storm, the player chooses between two permanent talents upon leveling up. Other additions to the update include community-authored AI scripts, remodels for some heroes, and pre-game options to create strategies and pre-purchase items before the game starts.

Valve originally announced the update in a teaser video shown at the end of the Boston Major this past weekend. A countdown began on the official website soon after, and promptly crashed the site once the countdown ended due to heavy traffic.

The last fully-numbered update, version 6.00, came out back in 2005 when it was still a mod for Blizzard’s Warcraft III: Reign of Chaos. Valve took over development and announced a “sequel” in October 2010. Dota 2 was in beta until its official release of July 2013.