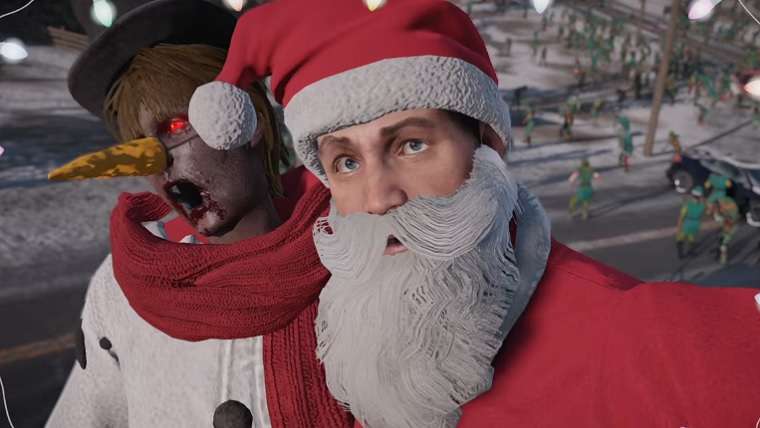 Dead Rising 4 was released earlier this month and fans of the zombie genre are fulfilling their fantasies of going crazy in a zombie apocalypse. It may seem odd to release a zombie game during the holiday season, a time of peace and goodwill, but Dead Rising has really gotten into the spirit of it with this new festive DLC pack.

Free to those who have purchased the season pass, or $5 on its own, the Stocking Stuffer Holiday Pack adds a festive twist to this zombie game. The DLC sees zombies become dressed as elves and snowmen, adds a Santa suit for players to wear, and gives us access to holiday-themed weapons such as “Lights Out” (a baseball bat wrapped in barbed wire and Christmas lights). You also get to cruise around in a new vehicle called “Santa’s Little Melter” which is a motorbike with a reindeer head mounted on the front that shoots lasers (obviously). A festive border has also been made available for the selfie camera so you can capture your festive fun.

Check out the trailer below to see all the merry chaos:

The trailer also has a small teaser at the end for the Super Ultra Dead Rising 4 Mini Golf DLC which is set to be released early next year. Dead Rising 4 is available now for the Xbox One and Windows 10.