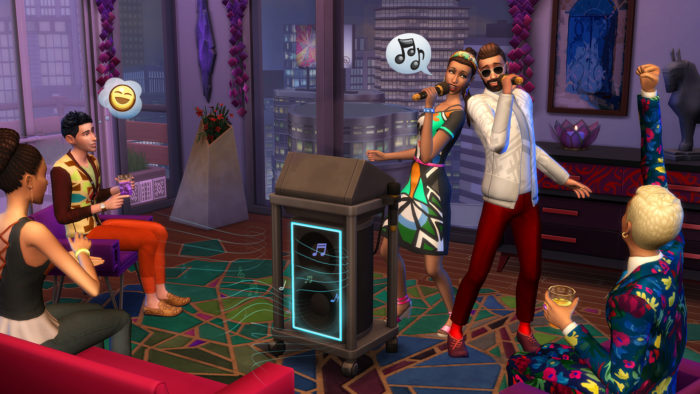 The Sims 4: City Living brings sims into, as the name implies, city living. Some players might have thought that big city life would have meant the occasional brush with fame, but City Living lacks any type of feature for celebrity status.

Why the exclusion? Developer Maxis says it’s mostly a product of the reality of life in the city that the DLC pack’s San Myshuno is based off. In the real world, San Francisco simply isn’t a prime location for celebrity sightings.

“I think celebrity mostly makes sense for the city because it’s something that we’ve done in the past for Sims, but I don’t necessarily it has a whole lot to do with the city per say,” Producer Grant Rodiek said on a recent call.

“Like, I don’t ever see celebrities in San Francisco, and I’ve lived here 11 years. Really, unless you live in like LA or certain parts of New York, you probably don’t see celebrities too often. It was one of those things where we really wanted to focus on what it means to live in a city, day-to-day, why are cities special and different from living in a residential neighborhood in, say, Willow Creek or Oasis Springs?”

Still, it seems a little odd that Maxis omitted celebrities in The Sims 4: City Living considering the studio had them in a previous game in the series. Rodiek claims the reason for this was that his team simply didn’t get why it was players didn’t like the previous work it had done with celebrities and was worried it wouldn’t be able correct the problem if it couldn’t even identify it.

“It’s a little bit of a boogeyman for us,” he said. “We were talking to our players last week, and we just did a European tour a few weeks ago, and we asked them about this, and we got some clarification. But players had some frustrations with some celebrity elements in The Sims 3, and without really understanding why they didn’t like it, we didn’t want to jump in and do it again, because you don’t want to do it wrongly if you know people didn’t like it.”

Rather than spending time on a feature players didn’t like in the past for reasons Maxis doesn’t understand, the studio decided to put its efforts into working on some new elements instead.

“That was one of the areas where ‘Well, we don’t necessarily use celebrities this time. Maybe we could do it differently elsewhere, but for now we’re going to focus on the festivals, the culture and just that city lifestyle.”