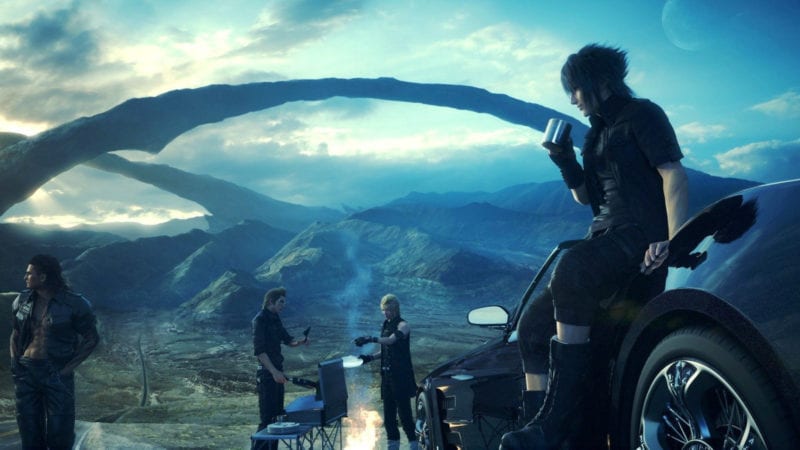 The Final Fantasy series has for many years been a defining franchise in the video game industry, not to mention the sheer amount of titles there’s been over the years. It has definitely had some kind of influence over the way games are made, and developed a massive fan base along the way. A new video released by Square Enix for Final Fantasy XV interviews both fans and game developers, as they talk about the impact Final Fantasy has had on their lives.

The nearly six minute video has quite a few people talking about the series. One fan named Carlos talks about how he grew up in South Central LA, and how the series kind of helped give him hope when he lived in an area that didn’t really have any when he was a child. There’s even a couple in the video who talk about how their mutual love of the series is actually what brought them together. On top of fans, the video also brings in some prominent names including; Ray Chase the voice of Noctis in the game, professional wrestler Austin Creed, the animation director behind Black Ops 3 and the Last of Us David Lam, and the well known game developer Ken Levine who worked on the BioShock series.

Levine talks about the impact that Final Fantasy VII had on him stating,

At the end of the video, Square Enix shows Final Fantasy XV to multiple fans that were in the video. It’s clear that the series has been important for quite a few people, and you can watch the whole thing down below.

Final Fantasy XV launches on Nov. 29 for PlayStation 4 and Xbox One. A brand new guest party member was revealed for the game today, joining Noctis and crew. You can also take a look at our thoughts on how Final Fantasy XV is revolutionizing the series, and it can’t go back from here.

Has the Final Fantasy series meant anything special for you? What hopes do you have for XV now that it’s so close to release? Leave a comment below and let us know.