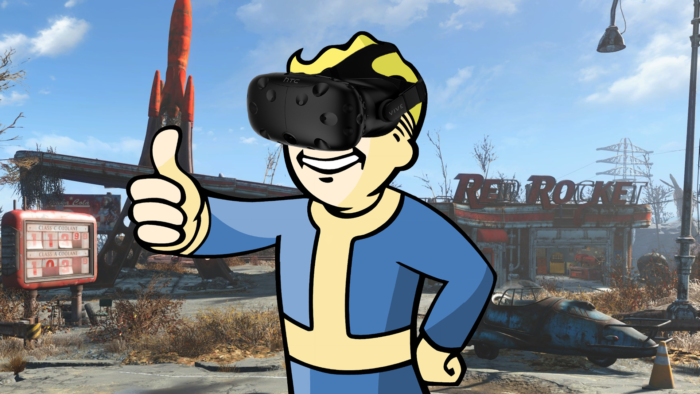 In an interview with Glixel, Bethesda director Todd Howard revealed some of the studio’s plans regarding virtual reality.

Howard is most definitely game to jump onto the VR bandwagon, stating the Bethesda team is attempting to port the entirety of Fallout 4 to VR. Get your bottle caps ready, Wanderer!

What the studio strives to achieve is taking the immersive freedom of Fallout 4 and pouring it into a VR formula, without compromising on the game’s scale or depth. “The core experience, meaning you put on the headset and you’re standing in the world of Fallout and can go where you want, just that little bit is every bit as cool as you hope it would be,” Howard shares.

As PC Gamer states, the general length and impact of VR titles as well as its market doesn’t scare off Todd Howard and his team in the slightest. “We have an opportunity to make something really unique. We’d rather do that than make some other tiny experience. I don’t think that’s what people want from us.”

It’s quite likely a full-blown Fallout VR game, even if its virtually the same core experience as the fourth entry in the series, will be a hit with owners of a VR headset.