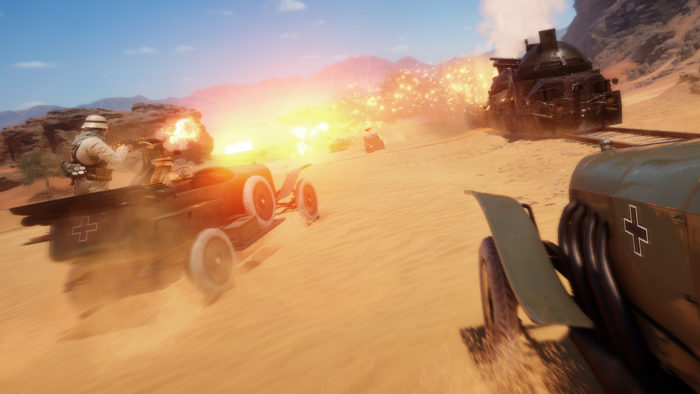 Today, DICE delivered on its promise and released a Fall update for Battlefield 1. Addressing a ton of issues that players had found with the game, the most notable fixes come in the form of direct balance issues for the Operations and Conquest game modes.

The full patch notes can be found over on the Battlefield forums, but we’ve got a quick rundown of the most important parts here. The most significant change to come with the Fall update is a change to the Operations game mode which will hopefully increase the effectiveness of the attacking team. Prior to the update, the attacking team was struggling to make any major progression on the opposition due to the low number of tickets that the team had. The Fall update now increases the maximum tickets from 150 to 250 in 64-player matches, and to 200 from 150 in 40-player matches.

The other significant change comes to the Conquest game mode and focuses on the Suez map. While other maps would have five capture points, Suez’s small size resulted in it initially only having three. The update ups this to five with the patch notes stating “This should result in one team not being able to capture and lock down all flags as easy as before.”

Balance tweaks continue on to Battlefield 1’s weapons, with a number of them having been given adjustments to make them more viable at particular ranges, or to increase their overall effectiveness.

Another major feature introduced as part of the Fall update is the ability to customize your soldier from within the UI by selecting either the icon on Home or on Soldier. This streamlines the previously tedious process that had players spending long periods of time in matches trying to change their loadout.

There are a ton of other smaller changes that have come as part of the Fall update that you can check out over on the forums.

The Fall update for Battlefield 1 is now available to download and comes in at roughly 2.2GB.