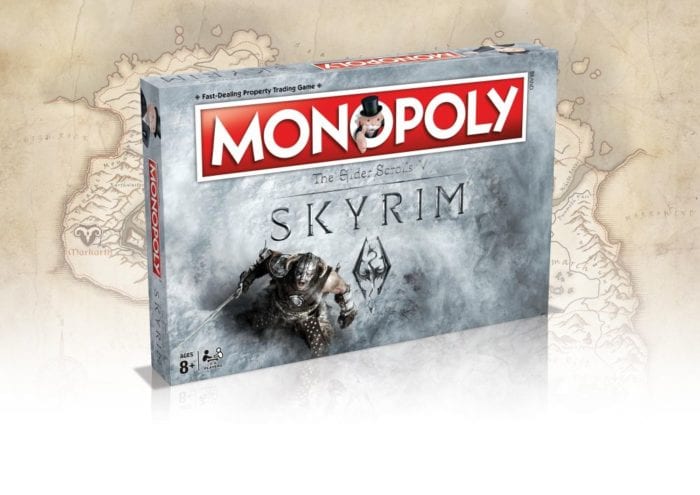 Skyrim will be getting an officially licensed Monopoly treatment in March 2017, and you can pre-order your copy right now. As of the time of this writing, the official page on Merchoid says that there’s only 2 pre-order slots left, so you’d best hurry if you want to reserve your copy.

As you might expect, this version of Monopoly takes you to the region of Skyrim in Tamriel, the continent that serves as the setting of The Elder Scrolls games. You’ll be dealing in villages in Winterhold, constructing castles in Windhelm and grabbing up land over the place. Of course, you can’t have Skyrim without dragons, so you’ll have to watch out for those too.