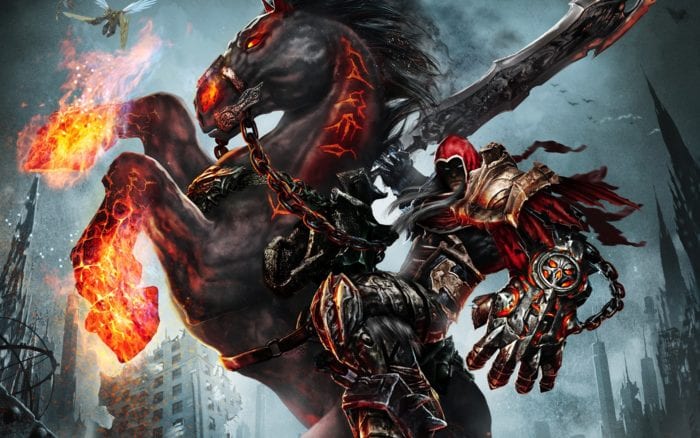 Darksiders: Warmastered Edition, the remaster of the first title in the series, has been delayed.

Due to originally release Oct. 25, the game will now release on Nov. 22 for Xbox One, PS4, and digitally on Wii U. The PC release will come a week later on Nov. 29. A physical edition of the Wii U version will also be available at some point, but no details have been specified yet.

The remaster will run in 1080p and feature improved textures, shadows, and effects. It will also run at 60 FPS on PS4, Xbox One and PC, and 30 FPS on Wii U.

Darksiders originally released in 2010. It starred War, one of the four horsemen of the apocalypse. After the end of the world happens earlier than scheduled, War is blamed for the calamity. He sets out to clear his name and find whoever thrust the world into ruin. The gameplay is a mix of the dungeon and puzzle elements from The Legend of Zelda series, and the brutal, hack and slash combat of God of War.

A remaster of Darksiders 2 titled the Deathinitive Edition launched last year, bringing many of the same improvements as the Warmastered edition. These two rereleases could hint at the reveal of a third game in the series. The current owner of the IP, Nordic Games, recently changed their name to Nordic THQ, doubling down on their commitment to revitalizing the series of the now defunct publisher.