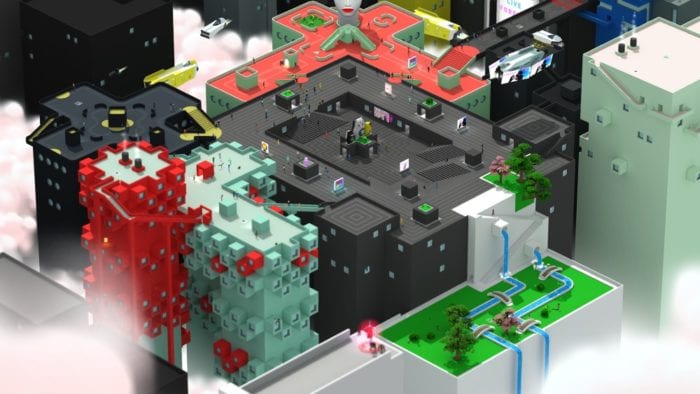 Tokyo 42 has been confirmed for a release on the PlayStation 4 in early 2017, according to a new update and video on the Official PlayStation Blog.

Described by its developers as “Syndicate-meets-Monument Valley-meets-Worms,” Tokyo 42 presents players with a very distinct open-world full of details and secrets which they must traverse as an assassin. Players can go in guns blazing or can be more discreet and stealthy whilst they complete missions and side objectives.

The game will also feature multiplayer which will task players with changing their skin and blending in to the crowd to avoid being spotted by the other player, reminiscent of the popular multiplayer featured in several of the Assassin’s Creed games.

The post went on to read: “It’s an action game to its colourful core: every bullet and grenade has full physics, enabling you to dodge and weave while you take on rival gang members, the police or sinister corporate drones. You pick up pistols, machine guns, sniper rifles, katanas and a slew of other weapons along the way, jumping and rotating the camera to gain access to new parts of the world.”

The game is also set to be released on PC though no word has been given on whether it will come to the Xbox. Check out the trailer for yourself below: