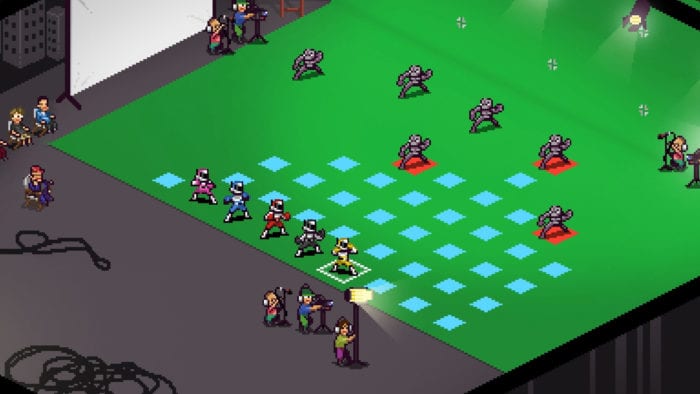 If you’re a fan of the popular kids’ TV series, Power Rangers, you’ll probably want to keep an eye out for Chroma Squad. Announced via a press release from Bandai Namco this past weekend, Chroma Squad is a tactical RPG that draws inspiration from the classic TV show, and mixes it up with familiar RPG elements and sprites.

‘Based in Brasilia, Brazil, Behold Studios’ Chroma Squad is a single-player Tactical RPG game where players take control of a team of five stunt actors who decide to quit their day jobs to create their own Power Rangers inspired TV show. Throughout the game, players will cast actors, purchase & upgrade equipment, craft weapons, and build giant mechs to battle evil and fight for justice with the goal of generating high TV viewer ratings. Chroma Squad features classic sprite-based graphics and presents its story in a humor-filled Tokusatsu style made famous in classic, live-action Japanese sci-fi film and TV shows.’

There’s no firm release date just yet, but the game is set to be released for the PS4, PS Vita, Xbox One, and mobile devices in early 2017.