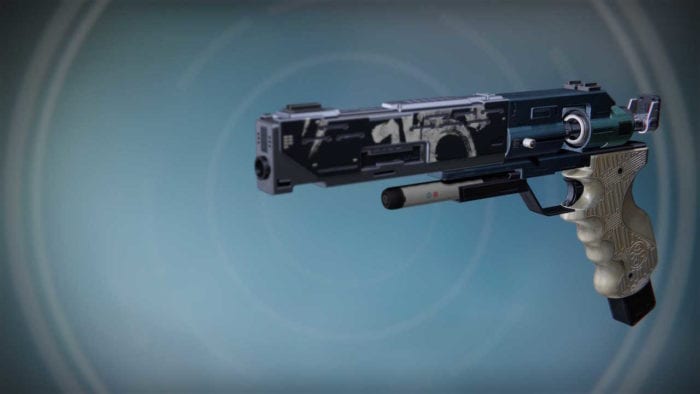 Ahead of the release of Rise of Iron in a few weeks, Destiny was updated yesterday. In addition to some tweaks and weapon re-balances, a sneaky weapon drop was included in the update: The Trespasser.

As an exotic sidearm, The Trespasser is a nod to the strong sidearm days of Halo. Sidearms have generally been underpowered in Destiny so far, and along with the buffs that Bungie has included in today’s update, The Trespasser will look to buck the trend.

With help from user Kid Gilgamesh, who provided the use of their PSN account, Planet Destiny has provided this full video going into detail on the new weapon.

Bungie has officially acknowledged the weapon’s inclusion within the update, and so it was absolutely intended for an early release:

Rise of Iron will come out Sept. 20 for both PS4 and Xbox One, which is why PS3 and Xbox 360 players didn’t receive today’s update. Along with The Trespasser, Rise of Iron will include new raids, new strikes, new weapons along with crucible maps, armor sets, a new social space, an ornament system, and new story missions. To fully prepare yourself for Rise of Iron, click here.