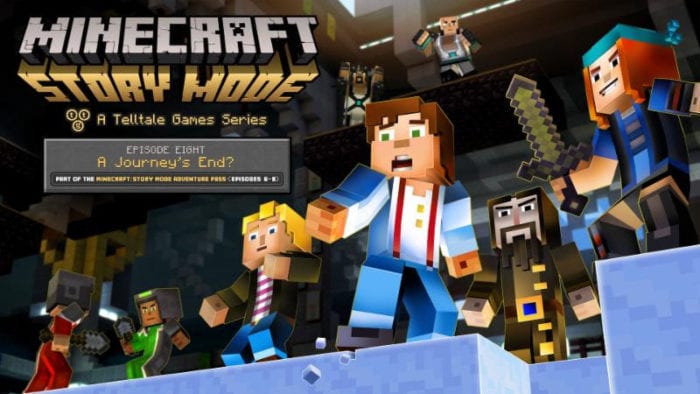 Telltale Games has announced the release date for the eighth and final episode of Minecraft: Story Mode today.

‘Episode 8: A Journey’s End?’ will make its digital, worldwide debut beginning on Tuesday, September 13th, for PC, PlayStation 4, PlayStation 3, Xbox One and Xbox 360.

The episode will be available for android and IOS devices sometime later during the same week, though no specific release date has been detailed.

Episode 8 concludes the three-part add-on series for Minecraft: Story Mode, which will be available for free for those who own the Adventure Pass, currently available for $14.99.

Otherwise, you can purchase the installment separately for $4.99, but you need to at least own Episode 1 for the original game.

In ‘A Journey’s End’, players will once more take the reigns of Jesse, and will “need to take on opponents in a series of gladiatorial games to win your freedom, save your friends, and maybe, just maybe, make it back to your own world!”