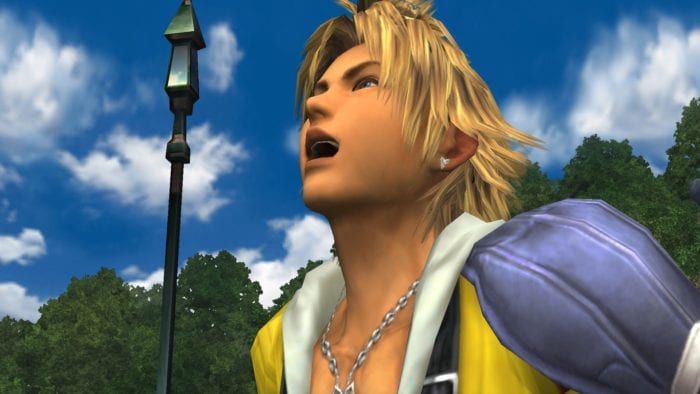 If there’s one thing that everyone remembers about Final Fantasy X, it’s the laughing scene. You recall it right? Tidus tries to cheer up Yuna, so he shows her how to laugh openly even at the worst of times, and that loud obnoxious laugh was cemented in our minds forever.

Now, have you ever wondered what it might sound like if that laugh was then used to replace all of the songs in Final Fantasy X? Yeah? Well you’re in luck as the YouTube user Johnny Mac has spliced in Tidus’ iconic laugh to nearly every song from the game’s soundtrack. Everything from the beautiful “To Zanarkard,” to the catchy battle theme has had Tidus’ wonderful vocals laid over them, to match the rhythm and beat. You can listen to the entire three and a half hour video, which Johnny says took him about ten hours to make, down below.

The soundtrack is a part of a mod that Johnny made for Final Fantasy X, replacing all of Tidus’ dialogue in the game, and a few cutscenes with the laugh. Take a look at a trailer for that here. You can also see the story of how the iconic laughing scene came into existence, right here.

What do you think of this new version of the Final Fantasy X soundtrack? Better? Worse? Just the same? Let us know what you think down in the comments below.

Three Dragon Quest: The Adventure of Dai Games Announced by Square Enix; Only One Is For Consoles