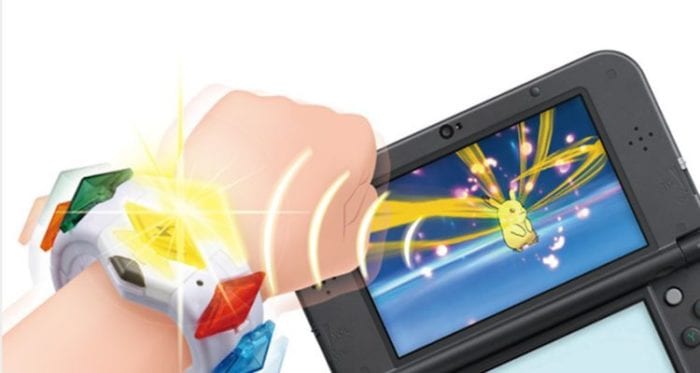 Previous trailers for Pokemon Sun and Moon have shown off the brand new Z-Ring players will be using in the game. Now, you’ll get one step closer to being a Trainer, as it’s going to be made available to buy.

Players can physically wear the Z-Ring around their wrist and once they try the newly announced Z-Moves in-game, they will notice that the real life ring will light up, vibrate and play noises as the move is being performed. Z-Moves are a powerful new move that can only be performed once during a battle and needs several things in order to activate it. In order to do that, players will need the Z-Ring, a specific Z-Crystal in that ring and have their Pokemon holding the same type of crystal.

There is currently no exact price for this toy or release date, but it is expected to release in time for Pokemon Sun and Moon, according to several reports.

This was just some of the latest Pokemon news released recently, the other being more about the new battle system in place for Sun and Moon, also some Pokemon from older generations are making a come back with whole new forms.