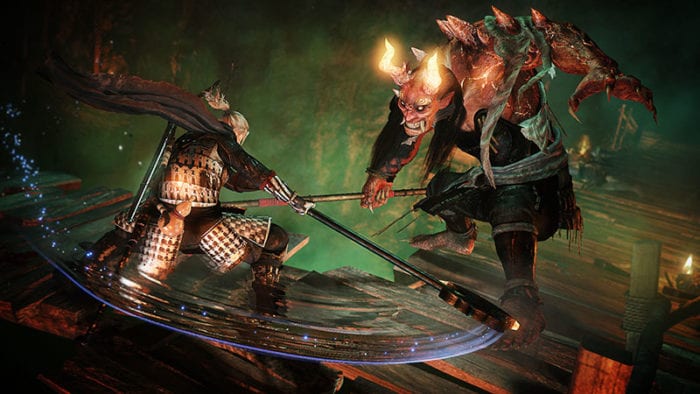 Koei Tecmo and Team Ninja have just released a brand new Nioh gameplay trailer for Gamescom 2016. It looks pretty damn frightening and action-packed, and you can check out the new trailer down below.

Koei Tecmo previously announced that the game will be getting a beta demo on PS4, and it will run from August 23 to September 6, so you’ll have about two weeks to spend with the new build of the game. This latest trailer featured our protagonist William Adams harnessing the power of the yokai to fight off Japanese demons, and also gave us a look at some of his weapons, including the bow and a rifle. There are also terrifying giant spider enemies, because of course there are.

Nioh is set to be released exclusively on the PS4, though the game has no set release date just yet. We’ll keep you updated as more info comes our way. What are your thoughts on the game so far? Let us know in the comments down below.