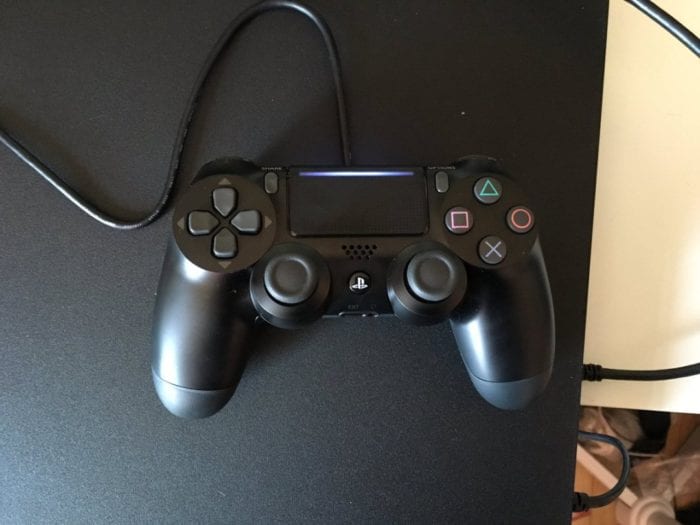 We first learned of the existence of what’s been dubbed the PlayStation 4 Slim over a week ago, and, despite Sony’s silence, plenty of evidence has emerged since to corroborate its existence. Now we even have some specifics about the svelte console’s controller.

The new-and-improved DualShock 4 projects a thin strip of colored light across the top of the touchpad, directly facing the player, according to Let’s Play Video Games. This eliminates the need to angle the controller in such a way that would allow users to see the light bar between the controller’s triggers.

Another addition to the DualShock 4 packed in with the slimmed-down PS4 is the ability to transfer data over a wired connection. Current PS4 controllers are restricted to wireless data transmission, and this change reportedly allows for a more precise reaction time.

Finally, the new controller also has an updated D-pad, with a slope toward its center that Let’s Play Video Games says allows users to rest their thumbs “in a way that makes rolling between directions more comfortable.”

It’s widely believed that Sony will officially announce the PlayStation 4 Slim alongside the first unveiling of its more-powerful PlayStation 4 Neo at the company’s September 7 “PlayStation Meeting” in New York City. Officially, Sony has only confirmed that it will speak broadly about its games business during the conference, which kicks off at 3 p.m. EDT.