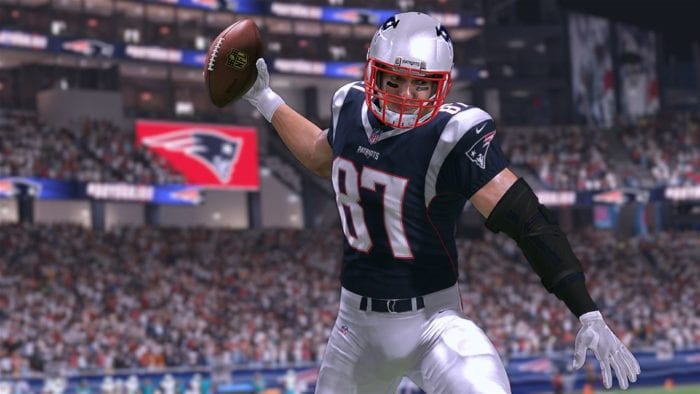 If you’re down late in the game in Madden 17, this strange glitch might get you a touchdown by intentionally missing a field goal.

In a glitch discovered by YouTuber Mathew Skoglund (via GameSpot), the Tennesse Titans kick a field goal into the hands of a Minnesota Viking. Now, most would think that this would result in a turnover on downs, but instead, the Titans ends up with a touchdown. What is even weirder is that the game records it as Titans touchdown, while the commentators suggest the Vikings have scored. While it is unclear exactly what triggers this glitch, the end result is nothing short of hilarious.

Mathew Skoglund isn’t the only player encountering strange endzone glitches, either. You can watch another hilarious turnover touchdown here:

These new 2016 NFL rules are unconventional but I’ve got to say, I like them pic.twitter.com/fZfQQRtpKA

If you are on the fence on purchasing this year’s edition of the popular sports title, be sure to check out our review right here. Madden 17 is currently available to purchase on PS4, Xbox One, PS3, and Xbox 360.

What do you think of this glitch? Have you encountered any? Feel free to share your story down below and for more, be sure to check out some of today’s hottest stories below.