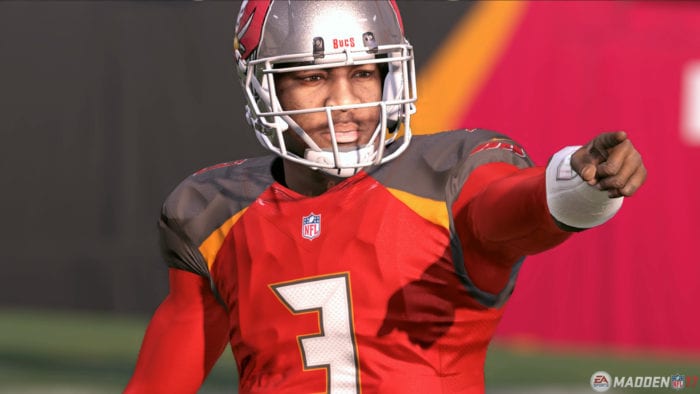 This year’s edition of Madden doesn’t take the same risks as its predecessor did just one year ago. Imagine last year’s Madden as a team that goes out during free agency and signs all the big players to shake the team up in order to make a big impact quickly. That doesn’t always work out, but luckily a lot of the changes that Madden NFL 16 brought to life such as Draft Champions ended up being quite successful.

Instead, Madden NFL 17 is the team that’s already got it going on, and only makes a few small adjustments here and there to keep the locomotive moving. There’s nothing in Madden NFL 17 that feels as major a change as the ones that were brought in last year. This year’s edition opts for adding onto and improving the core modes, while bringing on a few new smaller features that improve the authenticity of the game.

Perhaps the biggest, most advertised change this year are the improvements to ball carrying, zone defense, and special teams. The new improvements to running the ball in particular are probably the most impactful of the bunch, and may be slightly reminiscent of the WR changes last year, although not as visible. Collision and running physics feel more realistic and natural than they ever have before. However, the big change comes in the way of new advanced ball carrier mechanics, which are designed to give players more control over running the ball.

While it may not appear so to the casual player, this is actually quite an ambitious endeavor that EA Tiburon embarked on, and does provide an insane amount of strategy and control for the players that choose to take advantage of it. There’s way too much to go into detail here in this review that hasn’t already been explained by EA themselves. Instead, we’ll just evaluate.

The long and short of it is that the changes this year in Madden NFL 17 are nice, but by the very nature of the running play, they probably won’t be appreciated by the majority of Madden fans. Most running plays are over very quickly. The most common being the run right up the middle, which is usually over in just a few short seconds. Hardly enough time for all but the most hardcore to really use all of the new control features. They come more into focus in plays that last longer and end up on the open field. Where the WR changes from last year felt like something I would use constantly, the advanced HB controls feel like they are reserved for a minority of players that are willing to put the effort into mastering them.

On the lower skill levels, the game will help you by telling you exactly when to use a special running move and what direction your runner is heading in. Meanwhile, players like myself (read: probably the majority), above the casual/young crowd but not at the level where you’re able to make split-second calls on how to properly utilize the steerable modifier & utility moves, can instead leave things on “assist” which still allows you to decide when to use a special move without the game holding your hand, but allows the AI to take care of the advanced stuff for you. This gives you all the benefits of the improved system without really having to dramatically change the way you’ve been playing over the last few years. Sign me up for that one.

Zone defense and special teams also got some attention this year. The AI is a lot smarter when it comes to handling zone defense (a problem that has existed for a while now), and you have a lot more options when it comes to running a zone-based defense. Special teams is now more than just an afterthought. There are more trick plays to abuse, and there’s a clear system for blocking kicks now instead of just trying to finagle your way through a line and hitting tackle. Again, for the most part these are changes that will probably get overlooked and underappreciated by a lot of players, but that doesn’t mean it’s not happening behind the scenes, making the experience a little more authentic. However, like all new Madden features, there’s always the possibility of it being abused in online games, so keep that in mind.

Let’s hard transition into game modes now. All three of the core modes, Ultimate Team, Franchise, and Draft Champions (new last year) are back, and by and large, function exactly the same way they did last year.

Ultimate Team’s biggest change is its revamped ranked modes. Madden NFL 17 shifts to an “event”-based model where you use tickets to enter premiere consecutive win tournaments that have the best rewards for winning out. For example, Season 1 features Salary Cap Ranked mode, where you need to keep your players under a certain total skill cap. If you don’t have the tickets, you can opt for a non-event based tournament that functions the same but with toned down rewards and is gimmick free. The only problem with it is if you don’t play enough MUT to have the spare coins to buy more, or don’t want to pay real-life money, then eventually you would be locked out of that content and forced to play the non-ticketed version until you do. Combining that with the need to buy contracts, MUT is starting to ask players to spend a lot of coins on things that aren’t very fun to spend coins on.

Both MUT and Draft Champions now use a ranked match system filled with tiers and placement matches, similar to what are used in other titles that aspire to develop an esport scene. It’s hard to tell how well it will be received until it’s fully up and running, but it appears to be a more organized ranking system which is OK in my book.

Also new to Ultimate Team is Chemistry, which replaces the Style from last year. Personally, I appreciated the simplicity of Style versus Chemistry, which is more complicated by comparison as it utilizes schemes such as the 4-3 over general strategy like Ground and Pound. What’s also different is that instead of subscribing to just one, you can mix and match different schemes provided your teams add up enough to reach certain Chemistry tiers in a specific scheme to trigger bonuses.

Finally, there’s Franchise mode, which definitely feels like it got a little more attention than it usually does. Franchise mode now features what it is calling “Big Decisions” that coaches will have to make throughout the season. For example, instead of having a preset goal for my team (the Oakland Raiders by the way), I was given the opportunity to gamble on myself, and set my own season goal. The further I thought my team could go, the better rewards I could get, but it also increases the likelihood that I will get fired if I fail. I shot for a modest nine win season, which would be great considering the Raiders haven’t pulled off a winning season in over a decade. Other Big Decisions highlight and add drama to some of the well, erm, big decisions you have to make throughout the course of a season such as QB controversies and trade moves.

Also new and very cool in Madden NFL 17 is the Play the Moment option within Supersim. Play the Moment sims most of the more mundane plays for you, while giving you the opportunity to jump in on more important game-defining moments such as the opening drive, crucial third down stops, or 4th quarter drives. This is totally optional, and you can still play your full games, but it’s nice to have a more involved sim mode present in case you want to get through seasons a bit quicker or are short on time.

Last but not least, there are drills. Practicing in Franchise mode is normally quite boring, and pre-game drills are still pretty dull. However, it’s worth bringing up because these drills really do a nice job of teaching the very complicated intricacies of NFL play calling. Not only does it provide in-game boosts to your players, it will actually highlight a couple of key plays that match up well with how your next opponent plays, and will drill you on what the play actually means and how it works. Then, during your next game, it will highlight the plays you practiced and suggest them when appropriate, tying everything together (hopefully). Not everyone is going to bother with it, but if you really want to understand nickels, dimes, 4-3 schemes, and other football jargon, it’s definitely worth giving a shot and is something I always felt was lacking in previous iterations.

Madden NFL 17 is all about not fixing what isn’t broken. Unlike last year, not a whole lot is radically different for better or for worse. If there was something that bothered you about Madden in your last go around, you might find that those problems still exist. With each passing year though, Madden continues (albeit slowly) to be more authentic and immersive. EA Tiburon put forth an admirable effort towards providing players of all skill levels some new toys to play with while incrementally improving the experience behind the scenes across all modes. Ultimate Team and Franchise are as deep as ever, so fire up whichever was your favorite and have at it. But if you’ve been sitting on the fence for years waiting for a massive shakeup, better luck next year.