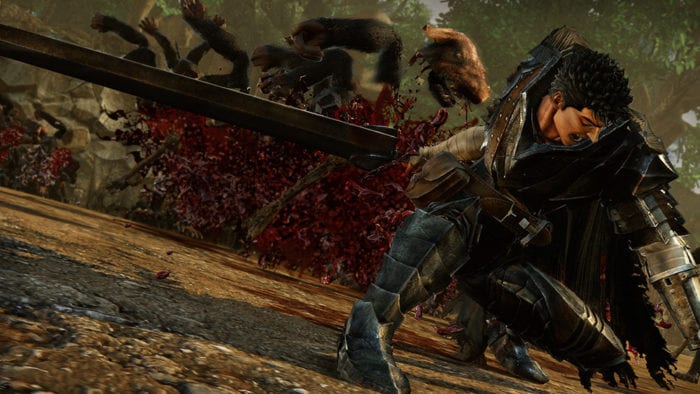 From the developers behind the Dynasty Warriors games, Berserk will officially be coming west this fall, releasing on PS4, PS Vita, and PC. KOEI TECMO announced the news for both Europe and North America.

While still a Warriors game, Berserk will be based on the anime and manga of the same name and promises to be the most brutal Warriors game to date. “In this work, the action of cutting through hundreds of enemies, fundamental to the Warriors series, is fused together with the dark and gruesome atmosphere of the world of ‘Berserk,’” the game’s new English-language site reads. This level of brutality makes certain new things possible, “such as using a giant man-sized sword to cut enemies in half, as well as smash or send them flying with the ‘Cleaving’ and ‘Smashing’ attacks.”

Berserk follows Guts, a lone mercenary who is forced to join a group called the Band of Hawks. Not only will the game feature clips from the original movies and anime, the original cast will be lending their voices to the game, including additional characters  like Griffith, Casca, and Judeau.

Late last month, the game received a new trailer and a whole host of screenshots. It’s worth noting KOEI TECMO still lists ‘Berserk’ only as the working title for the game. As we learn more, you’ll find it all right here on Twinfinite.