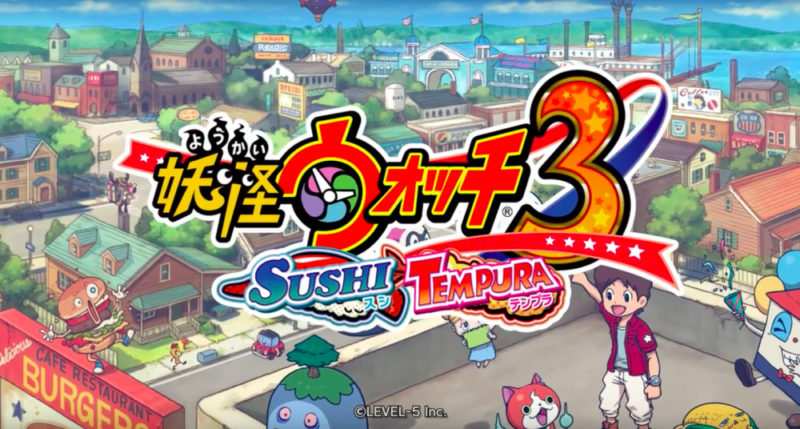 Yo-Kai Watch 3 Sushi and Tempura was announced earlier this year by Level-5, and they’ve also just released two new Japanese TV spots. In the ‘Battle’ and ‘Yo-Kai’ TV spots, both of which you can check out down below, we get a glimpse of some of the game’s battles and new creatures included in this entry. As you can see from the TV spot, Yo-Kai Watch 3 will introduce 600 new Yo-Kai for you to befriend and collect. That’s a really big number.

In this latest entry, we’ll follow the main protagonist (male or female, it’s your choice) as their family moves to America. We don’t have concrete details about the story yet, but we’re sure it will involve a lot of Yo-Kai mysteries and urban legends.

Yo-Kai Watch 3 Sushi and Tempura are set to be released for the 3DS on June 16 in Japan. The games haven’t been confirmed for North America yet, but considering that the first game has already been localized and the second game is being considered for localization as well, we might see this one sooner than expected too.

Fate/Extella Link Getting Charming Nero Claudius and Elizabeth Bathory Figures by ques Q and Amakuni
By Giuseppe NelvaJanuary 26, 2020
To Top