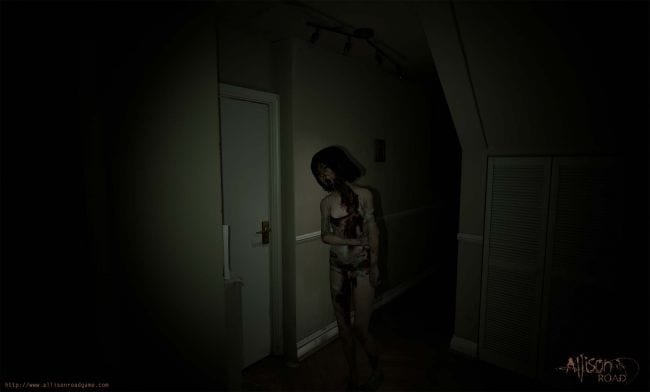 Today over the game’s official Twitter account, the developers of the PT-inspired horror game Allison Road announced that the game has been officially cancelled. The tweet does not mention the reason for the game’s termination, but says there will an official statement released in a few days. We’ve reach out to publisher Team 17 for comment, and will release and update if we learn anything.

Hi all. Sadly Allison Road had to be cancelled. Statement to come in the next few days. Thx for all your support and very sad it came 2 this

Last September, the Allison Road team took to Kickstarter to get the project off the ground. After a month on the service and over $145,000 raised of its $250,000 goal, they closed down the Kickstarter and announced that the game would instead be published by Team 17, best known for the Worms franchise and the upcoming Yooka-Laylee.

Allison Road had positioned itself as a “spiritual successor to PT,” and seemed to be delivering on that goal. The game was to take place mostly in a British townhouse, as the protagonist wakes up with zero memories and must navigate the mysterious location before the clock strikes 3 a.m.

In June of 2015, the team released a version of the game to the public as a part of their Steam Greenlight campaign. After the well-received demo, the team moved into full production. By all means, the game seemed to be chugging along at a steady pace with a projected 2016 release date, so this sudden cancellation begs the question: what went wrong?

What do you think of this news?