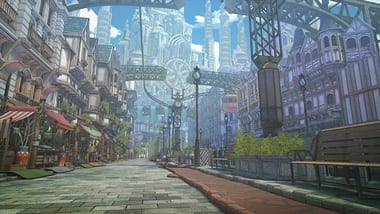 The Valkyria: Azure Revolution official blog has been updated with a few new screenshots, showing off the game’s Jutland Kingdom. While the city in the screenshots look rather empty and populated, the blog post notes that it’s because these are just developer screenshots, and is not representative of the final game. For those who may be unaware, Azure Revolution is part of the Valkyria series, a tactical RPG series that features permadeath for your characters. You can check out the screenshots in the gallery down below.

Even if these screenshots are not indicative of what we’ll see in the final product, there’s no doubt that these environments still look extremely pretty. Here’s hoping for a localization announcement soon.

Valkyria: Azure Revolution is set to be released for the PS4 in winter 2016 in Japan. A localized version of the game has not been announced. Valkyria Chronicles, the first game in the series, was recently ported to the PS4 and you can check out our review of the port here.